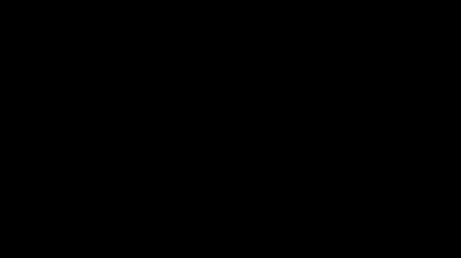 This week is the big nuclear security summit in Seoul, with something like 60 attending countries and over 40 heads of state or government. A friend from a Korean expat magazine here in town asked me for a brief write-up. Here are the issues as I see them from Korean IR and the local media. For full-blown think-tankery on the summit, try here.

1. Obama’s personal commitment to de-nuclearization: I can’t think of any president since Reagan who seems as personally offended by nuclear weapons as Obama. Back in the day, Reagan watched ‘The Day After,’ ‘Wargames’ and other nuclear war movies and came to dramatically oppose mutually assured destruction as it had underpinned US policy since flexible response. This helped Reagan achieve the first nuclear stockpile  reduction in history (the Strategic Arms Reduction Treaty – a point anti-New Start neocons conveniently forget). But Obama is going beyond that, talking about ‘global zero’ – the complete elimination of all nuclear weapons everywhere. Wow. This is why there have been two of these summits in three years, but nothing like this under Bush. To be honest, I don’t think the complete elimination of the American nuclear deterrent is probably not a good idea (although we can go pretty low); nuclear weapons are the ultimate guarantor of US sovereignty and democracy, and many US allies, like SK, rely on our extended deterrence. In any case, Obama’s personal interest in this issue is a major driver for this thing.

2. NK, always and again: It takes absolutely no imagination to realize that NK is, inevitably, the big focus on these sorts of gatherings. The placement of the summit in SK is to make that pretty clear. NK is easily the most dangerous nuclear-weapons state in the world. (Even Israel’s most dire opponents would probably accept that; well, ok, maybe they wouldn’t.)  Not only is its policy process incredibly opaque and its leadership capricious, NK has no declaratory policy on use (such as NATO’s ‘no first-strike, but reserved first-use’). So we have no idea what NK’s redlines are (which is probably one reason why no further retaliation for Yeonpyeong was approved). Beyond that, NK is a well-established proliferator with known involvement in the programs of Iran, Syria, and Pakistan. To boot, it is a delivery system (i.e., missile) proliferator too. They’re so desperate for cash, it seems like they’ll sell anything. With Kim Jong Il deceased, a new push to move NK toward denuclearization is likely, and this summit is part of the pressure to get NK back into the Six Party Talks to deal for real this time. Similarly, it is likely that the Summit will strengthen the Proliferation Security Initiative, which is also aimed primarily at NK. (On the problem of retaliation and the risk of out-of-control escalation in Korea after Yeonpyeong-style incidents, try here; on nuclear first-use in a Korean war scenario, try here.)

3. Heading off a Nuclear Arms Race in the Middle East: To everyone’s relief, India and (less so) Pakistan are managing their nuclear stockpiles pretty well. There will be little pressure on South Asia. The US interest in nuclear materials safety within Pakistan probably won’t be mentioned publicly, because we so desperately need Pakistani cooperation in the war on terror. Instead, the geographic focus, after NK, is almost certain to be Iran, and possible cascading Sunni nuclearization (Saudi Arabia and Egypt particularly) if Iran weaponizes. As Obama noted at AIPAC, there is a lot of ‘loose talk’ floating around about war with Iran. So this summit will probably be yet another venue for the administration to blunt the Likud-neocon demand for airstrikes. If Obama can get some global commitment, particularly from Asian states like Japan and Korea, for sanctions against Iran, that buys him time to defuse the war he’s partially backed himself into.

4. Materials Security: In the early post-9/11 years, there was a lot of talk at the conferences about the so-called ‘hand-off’ – a rogue state would hand-off a nuke to a Qaeda-style group who would then use it in a western city. This threat thankfully seems to have been overblown, but there’s a lot of nuclear material floating around. About 2,000 tons to be precise. That’s actually pretty terrifying if even just one-third of that were in corrupt, semi-dysfunctional states like Russia, NK, and Pakistan. In fact, I gotta agree with Graham Allison that it’s fairly amazing there’s no been nuclear use since the Cold War’s end, given how much processed plutonium and uranium there is in weak Eurasian states and how big the black market for it is now. Inevitably, the conference will emphasize security at the source. It’s obviously far easier to prevent proliferation than to rein it in once material is out the door. This also means more funding and inspection capabilities (also informally pointed at NK) for the International Atomic Energy Agency.

5. Fukushima and Nuclear Power: This isn’t technically a weaponization issue but a production one. And under the Non-Proliferation Treaty, states have the right to pursue nuclear power for energy (weaponization is a different story). But clearly the catastrophe of last year hangs over all this. In East Asia, it’s gotten, lots of press as you might imagine. Ironically, nuclear power is fairly safe, but the public has taken an especial fear to it. (My guess is that this fear comes from too many scary images in movies and TV and because if nuclear plants do meltdown, the potential catastrophe is enormous and unusually unpredictable because of the fallout). So there will be long-term commitments to find alternative energy sources.

Bonus Silliness: Finally, it wouldn’t be a global conference of consequence in Korea without some cringe-inducing, gratuitously inappropriate K-pop addendum to trivialize it all. Really, who vets this stuff? ‘Enjoy’ that uber-cheese vid above if you can actually make it through to the end. I sure wish the ROKG would stop looking at these sorts of conferences as a marketing gimmick for Korea (don’t miss the daily countdown marker in the top left corner of all Arirang broadcasts now and the relentless advertising blitz) and stay focused on the weighty issues at hand. Just as CNN International blew its credibility by re-cycling Demi Moore (?), complete with drug problems, as a wholly unconvincing ‘anti-slavery campaigner,’ I can think of no better way to drain the gravity of nuclear disarmament than to pointlessly shoehorn in a Korean soap opera actress and boyband with orange hair. Good grief – who thought that would raise the level of discussion? Just a few more rads of gamma rays, boyo, and that hair really will be orange. God save us from Hallyu shallowness…