We’re pleased to introduce a new guest blogger, PM, whose first post — on the contemporary field of International Political Economy (IPE) and the continuing financial crisis — appears just below. He should do an excellent job of improving our coverage of multiple facets of international politics, and we’re looking forward to his future contributions.

Recent developments in Europe, and especially the ongoing meltdown in Ireland, should force political economists to reevaluate how well their theories can explain the perpetuation of current international regimes. The past twenty years of IPE theorizing has been exceptionally exciting and productive, but as Kathleen McNamara and others have argued the tendency toward intellectual monoculture may have left the discipline without a toolkit for understanding tectonic shifts in international actors’ behavior.

In the 1990s, the Washington consensus attained something of the status of divine writ. Good governance may have been difficult to establish, but it was at once straightforward and persistent. All governments had to do was let the rule of law take hold, establish some private property rights, and hold some elections and, presto, they would reach the end of history. In the past decade, each of these recommendations and a host of corollaries has been shown to be either vastly more difficult than assumed or actively counterproductive. To take just one example, international relations theorists now argue that although democratic countries are less likely to go to war among themselves, democratizing countries are much more bellicose than the run-of-the-mill authoritarian state. (This of course implies that the Friedman Conjecture–shared by both Milton and Tom–that an economically liberalizing China would be a politically liberalizing China may lead to an outcome of which neither of the Friedmen would have approved.)

During the past several years, IPE scholars have often chosen to focus more on the more-easily measured behavior of agents within existing institutions instead of the probably more substantively important behavior of agents seeking to revise or replace those organizations. Which draws us back to Ireland. Conventional political economists have sought to explain the Irish example by looking at past IMF interventions and focusing on the narrow (but important) questions of how such international institutions allow states to credibly bind themselves to necessary but draconian actions they would otherwise be unable to sustain. But this analysis is badly misguided, since it ignores the rather obvious point that the states now threatened by financial contagion have options that the Asian countries subjected to the currency crisis did not. European states are massively wealthier and more influential than Thailand or Indonesia; unlike Jakarta and Bangkok, Paris and Berlin can simply rewrite the rules to benefit the bulk of their citizens who are not international creditors.

Would they? I expect they will. An editorial from the Irish Times suggests why:

IT MAY seem strange to some that The Irish Times would ask whether this is what the men of 1916 died for: a bailout from the German chancellor with a few shillings of sympathy from the British chancellor on the side. There is the shame of it all. Having obtained our political independence from Britain to be the masters of our own affairs, we have now surrendered our sovereignty to the European Commission, the European Central Bank, and the International Monetary Fund. … The Irish people do not need to be told that, especially for small nations, there is no such thing as absolute sovereignty. We know very well that we have made our independence more meaningful by sharing it with our European neighbours. We are not naive enough to think that this State ever can, or ever could, take large decisions in isolation from the rest of the world. What we do expect, however, is that those decisions will still be our own. A nation’s independence is defined by the choices it can make for itself.

I would not be surprised if the Irish government at some point in the next six months breaks its most recent commitments to Brussels and M. Strauss-Kahn. (In doing so, they would be following Iceland’s brazen but apparently successful course.) Moreover, I fully expect that whatever “punishment” is meted out to Ireland to that transgression will be forgotten within a decade. Equally, I expect the eurozone to do what everyone believed was impossible as recently as seven or eight months ago: to shrink to the point where it is an actual optimal currency area, which is to say that it will probably be Germany, France, Benelux, and some German quasi-possessions on its borders (Austria, the Czech Republic, and Slovakia).

A social science that proceeds inductively from a limited wealth of experience will likely be unable to grapple with really important shifts in political behavior. Generalizing from the international arrangements that governed the world economy over the past sixty years to the actions we can expect influential actors to take in the next decade is wrong-headed. It is time, instead, to begin preparing both scholars and policymakers or a world in which debt defaults are once again policy tools, states reassert their primacy over economics, and protectionism and capital controls are put back on the table. 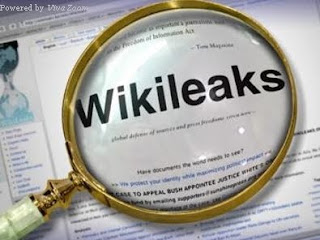 I’ve been asked over the past week to comment on Wikileaks in the press, primarily to answer the question “is Wikileaks good or bad?” It may seem like a silly way to frame the debate (and I’m grateful to Vikash especially for trying to move the debate forward) but that’s where the media cycle remains. And it’s a fair question for the media to be trying to sort out: the Wikileaks site (currently down) claims that “publishing improves transparency, and this transparency creates a better society for all people.” The site’s critics excoriate him for violating the law and putting (variously) national and human security at risk. Some are even branding him a terrorist.

Naturally, I’ve been giving an academic’s answer to this question of Wikileaks’ ‘goodness’ or ‘badness’: it depends.

A Force for Good. Though I seem to have become known as a Wikileaks detractor, I was once quite excited about the organization’s early whistle-blowing work. For example, it exposed corporate dumping of toxic materials off the Africa coast. And it brought to light the apparent shooting of non-combatants by a US helicopter in Baghdad. In such cases, I have argued a platform like Wikileaks serves the public good, while protecting those vulnerable to recrimination. The Geneva Conventions for example, require soldiers to report war crimes they witness, but they provide no mechanism for doing that short of their own chain of command. Whistle-blowing sites like Wikileaks have the potential to fill an important gap in the laws of war.

More Harm Than Good. However this type of targeted activity is not what we have seen in recent months. It is not “whistle-blowing” to simply disseminate private or classified information devoid from any context of wrong-doing. Leaving aside the broader ethical questions of whether, when and how massive document dumps should occur, it seems to me that when they do they probably have the opposite effect as targeted whistle-blowing.

First, they make it very difficult to identify actual cases of wrong-doing within the mass of extraneous data about everyday events they reveal, much of which is unremarkable. In this case, candid off-the-record remarks by diplomats may sell papers, but they do not constitute “wrong-doing.” In fact, as Dan Drezner intimates, hypocrisy and two-faced-ness can be a virtue, not a vice – not only in normal social relations but also among those who govern, and especially in the diplomatic corps. There may well be evidence of specific wrong-doing in these dumps, but if so it’s getting drowned out by a focus on all the fun but meaningless gossip, the foreign policy implications of which are still yet to be determined.

Second, while they may ultimately reveal wrong-doing by some, indiscriminate leaks also make it harder for honest civil servants to go about the business of promoting the public good. As Peter Spiro has pointed out, one of the immediate consequences of this latest leak is likely to be that diplomatic discourse will go increasingly offline. Whereas once information was shared by memo, now frank opinions are likelier to be shared only through verbal communication. This will make it that much more likely that diplomats will misunderstand or misinterpret crucial information.

Ultimately,it will mean something else as well: much less transparency in terms of the ultimate historical record. These cables would have been released to the public eventually after a few decades. If Wikileaks is incentivizing a diplomatic culture in which discretion can only be exercised by avoiding a digital footprint entirely (Rob Farley previously made a similar argument about leaks in the national security sector), then historians and humanity will be all the poorer for it.

How ironic indeed if Wikileaks, champion of “radical transparency,” contributed to a less transparent world by choosing the wrong strategy.

Will transparency take a hit?

I really like the posts from Vikash and from Chris and at the risk of a bit of overkill on the topic (and upsetting Bill’s stomach further), I’ll add one more angle. This is from my monthly column at Current Intelligence:

…aside from a small cadre of foreign policy scholars, a few foreign national intelligence services, and Jon Stewart, I’m not sure who benefits from this release. Wikileaks founder Julian Assange’s stated intent for the disclosure was to reveal “the contradictions between the US’s public persona and what it says behind closed doors – and shows that if citizens in a democracy want their governments to reflect their wishes, they should ask to see what’s going on behind the scenes.”

…First, to the dismay of many of us who teach American foreign policy, we have plenty of data demonstrating that overwhelming majorities of the American public are not interested in foreign policy in general – let alone what happens “behind the scenes.”

… and… second, even if the country was interested in knowing what’s going on behind the scenes, it turns out that we already have a pretty good system of disclosure and transparency. We don’t need WikiLeaks to know what’s going on.

For elaboration on these points and why I think Wikileaks may end up harming the cause of transparency, you can read the rest of the column here. All right, I’ve said enough. I’ll take a break from the topic for a while.

In keeping with the Duck tradition of reducing IR issues to rap videos…
(It is worth sticking around until 4:55 for the cameo…)

From The Juicemedia and Mother Jones