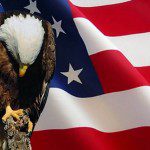 Of the 6 churches I passed on my way to the office this morning, 3 reminded me that today is National Day of Prayer.  In the spirit of the day, I’m following my Grandmother-in-Law’s advice and suggesting that we all pray for our enemies.[1] Here’s my list:

END_OF_DOCUMENT_TOKEN_TO_BE_REPLACED

Here is your Thursday Morning Linkage. Back on the Africa theme from a couple of weeks ago, here are some good reads from the week: