It is with great sadness that I have to report that Ken Waltz died last night.  As many of you know, his health had been uncertain ever since he lost much of his sight a year ago, and about a month ago he was hospitalized with pneumonia.  While he recovered enough to be discharged to rehab, a combination of a return of pneumonia and congestive heart failure sent him back to the hospital a few days ago.

He was a few weeks short of 89 but until the very end remained fully lucid and engaged. Indeed he was looking forward to a trip to the UK with his daughter-in-law in the fall, and the day before he went into the hospital had lunch with Les Gelb & Henry Kissinger (& remarked that the latter’s age was showing).  Despite being unable to see well enough to read, his spirits remained high until the end, which came quickly.

We will all miss him greatly both for his scholarship & his personality.

END_OF_DOCUMENT_TOKEN_TO_BE_REPLACED 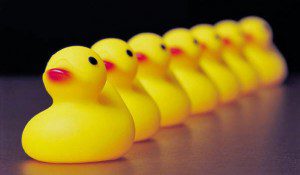