I thought Charli’s return meant I was off this beat, but what the hey.

What if Shakespeare wrote Star Wars? Check it out here.

END_OF_DOCUMENT_TOKEN_TO_BE_REPLACED 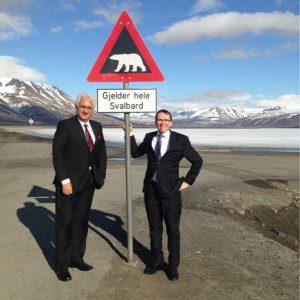 Why, yes that is the Indian Foreign Minister, Salman Khurshid, and Norway’s Foreign Affairs Minister and Political Scientist, Espen Barthe Eide, in Svalbard.

Are they trying to tell Duck fans something? [Discuss] END_OF_DOCUMENT_TOKEN_TO_BE_REPLACED

For those of you who don’t monitor the front page of the APSA website on a daily basis, you may have missed the online petition for the recognition of a new African Politics section of APSA.  I urge all of you — including those who don’t work in Africa — to take a look at the petition and consider signing.

At first glance, this may seem a strange throw-back: area studies has been passé in political science for some time, and it has become typical for Africa-focused job candidates to stress that they are “general comparativists who just happen to work in Africa” (ditto on book marketing). *  But there are two good reasons you all should consider signing this petition.

END_OF_DOCUMENT_TOKEN_TO_BE_REPLACED

Note: this post was co-written with PTJ. Apologies for the comparative lack of structure and the fact that it is a bit repetitive. Note also that it contains a link to a temporarily un-gated copy of Jackson and Nexon (1999). Thanks, SAGE!

One manifestation of this misunderstanding is that “rational choice” or “choice-theoretic” work is often said to favor the agency side of the structure-versus-agency debate.  See, for example, this recent post by Dan Nexon, or the paper it’s based on.  I don’t mean to single my Duck colleagues out, though — the notion that rational choice theorists aren’t particularly interested in structure is quite common.

But I never wrote that “rational choice [sic] theorists aren’t particularly interested in structure.” Rather, we wrote that “choice-theoretic approaches tend to treat actors as autonomous from their environments at the moment of interaction, not so experience-near and social-relational alternatives [emphasis added].” This is a very different claim. END_OF_DOCUMENT_TOKEN_TO_BE_REPLACED

Sorry General, War is a Choice

General David Petraeus advises Americans and their allies to be coldly realistic about what force can achieve. Oddly, he also advises them to prepare for a future where small wars are pretty much inevitable, where America must intervene early to prevent worse things happening later on, and where ‘stabilisation’ is a core part of war itself. Because, ultimately we sometimes have no choice.

Looking back on the ‘lessons’ that have been ‘written in blood’ in America’s wars since 9/11, Petraeus thinks he can see the greatest lesson, but repeats a common fallacy:

Our enemies will typically attack us asymmetrically, avoiding the conventional strengths that we bring to                     bear. Clearly, the continuation of so-called “small wars” cannot be discounted. And we should never forget                   that we don’t always get to choose the wars we fight.

To the contrary, countries like the United States almost always do get to choose. Not only the wars they fight, but how they fight them. That’s the thing about being an offshore superpower with a nuclear arsenal, friendly neighbours, overwhelming naval and air power shields and a strong army and marine corps to boot. If ever a state existed that usually, emphatically, does not have to accept war being imposed by others, it is this one. ‘Vital’ interests should mean just that – interests that are necessary for life.
END_OF_DOCUMENT_TOKEN_TO_BE_REPLACED 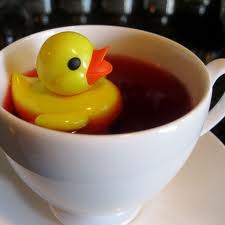 Are we headed to war in Syria?