Is There a Right Way to Do Development?

In our newish MA program in Global Policy Studies, it turns out “International Development” is the most popular concentration. Now, many of our students who are interested in this “specialization” have what I call a distinct project-based approach to development. They think of international development as projects foreigners go out and do. Since most of our students are from the United States, they envision themselves doing development the same way I did as a Peace Corps Volunteer in Ecuador where I served from 1997-1999 (the photo above is of a quinoa export project I worked on with some great people; it’s a little dark but I’m the guy in the front left with the ball cap). This vision of development is you the foreigner go out to some rural area and you help the locals.

It’s been much derided in contemporary international development circles, most notably in Bill Easterly’s work White Man’s Burden: Why the West’s Efforts to Aid the Rest Have Done So Much Ill and So Little Good. Easterly’s work is a specific indictment of foreign aid rather than micro project-based development, but the two are related. Easterly clearly is of the macro school of getting the foundations of the economy and governance right, but there has been a whole revolution in economics over the past half-decade with a fascination for randomized controlled trials (RCTs) that has made micro-level project-based international development even sexier to our incoming students, some of whom have gone on to work for these outfits like J-PAL (Poverty Action Lab) and Innovations for Poverty Action. I find all this micro stuff fascinating and hopeful, but I worry about what I call the “islands of goodness problem.” Let me explain.

END_OF_DOCUMENT_TOKEN_TO_BE_REPLACED 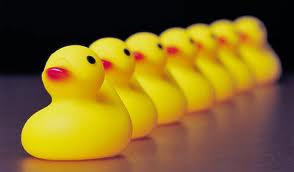 I’ll admit that this is a rather anodyne title, but the alternatives involved language not suited for above-the-fold content.

The tenure process involves power asymmetries that make life very unpleasant for assistant professors. They have to worry about alienating their colleagues and their administration. They interact daily with people — who are too often petty, fickle, or, at least, mysterious — who hold tremendous power over their careers. Then there’s the whole publish-or-perish thing. Now, many of these indignities don’t even rise to the level of first-world problems. Compared to the lot of the vast majority of the human race, untenured professors deserve a violin too small to be detected absent an electron microscope.

But there is one very minor compensation. If you are denied tenure, and unhappy about it, you can mount a campaign and say pretty much whatever you want. But because the contents of your file and the specifics of the deliberations are confidential, your tenured colleagues and your administration are hamstrung in their ability to respond.

Good higher-education reporters know this. They also know that failed tenure cases sometimes leave behind bitterness, frustration, and recriminations. So they adjust their coverage accordingly. Judged by this standard, Colleen Flaherty doesn’t pass muster. Her June 14th story on Samer Shehata’s ongoing war against Georgetown for denying him tenure is, to put it mildly, problematic.

END_OF_DOCUMENT_TOKEN_TO_BE_REPLACED

The Aussie Military Redefinig Masculinity Amidst Another Scandal?

The Australian Defence Force (ADF) finds themselves in yet another sex scandal this week. The force has barely recovered from last year’s ‘skype scandal,’ which involved members of a defense force academy videotaping sex without permission and streaming it to other members of the academy. This time it is alleged that officers have videotaped sex with other colleagues and civilian women and distributed the videos via the defence email system. It is a disappointing revelation considering the promises to rid the force of sexism following the scandal last year. If the allegations prove true, it seems that things are getting worse, not better, for women in the ADF. Yet there is a glimmer of hope. The Chief of the Army, Lieutenant General David Morison has come out with a public video statement that shows true courage and has already been hailed as a feminist manifesto. END_OF_DOCUMENT_TOKEN_TO_BE_REPLACED