The Next Big Human Security Campaign?

Blogging will be light over the next few days as I’m traveling to conduct focus groups with global civil servants drawn from the network of organizations working broadly in the area of human security, to figure out why some issues resonate and others fall through the cracks in these networks. Before I disappear, I thought I’d draw readers’ attention to a new human security campaign just taking off, to get your hunches as to whether it has what it takes to gain traction on the global agenda. 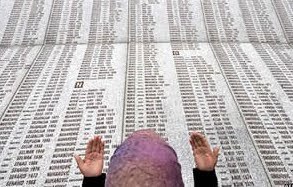 The Oxford Research Group has launched a Recording Casualties of Armed Conflict (RCAC) Project, that is both attempting to more systematically aggregate casualty counts worldwide, and calling on human security NGOs and governments to standardize measures:

The long-term aim of this human security project is to build the technical and institutional capacity, as well as the political will, to record details of every single victim of violent conflict, worldwide. This represents the next step beyond existing estimation and other aggregate ‘measurement’ of human losses (such as numerical totals) to the identification and documentation of each and every individual who is killed or injured in armed conflicts. Among other benefits, such recording acts as a memorial for posterity and a recognition of our common humanity across the world. Most importantly, it will ensure that the full cost of conflict is known and can be understood to the greatest extent achievable, and become an immediately applicable component, and resource for, conflict prevention and post-conflict recovery and reconciliation.

Achieving the aims of this project will require the active participation of states and inter-state bodies (up to and including the United Nations), and such activity may eventually become codified in formal and binding agreements on parties to conflicts. State support will be hastened by strong civil society advocacy, highlighting the moral and practical advantages.

The group’s Joint Communique issued earlier this week details their goals and is below the fold.

Since I’ve been writing lately about how important decent casualty data in in making policy, and how frustratingly little is available, I’m delighted to learn of their efforts. I hope they will include disaggregation of civilian casualty data into intentional, unintentional, direct and indirect deaths, and I hope they’ll collect data on injuries and property losses as well as deaths.

In short, on ethical grounds, I hope they will succeed. As an analyst, though, I’m interested in the determinants of success of such new ideas that challenge existing practice – since some like the landmines campaign take off and result in new global norms, while many others fall flat. What do you think of this one, dear readers? Is the RCACP a candidate for the next global norm campaign? Or one of many great ideas doomed to fizzle and die before it hits the global stage? (My two cents – they definitely need a catchier name…)

“The organisations listed below [the fold] announce the formation of the first international network of organisations who publicly record the victims of armed conflict as individuals, which has now begun its activities.

We believe that documenting the details of every human killed in war is a moral act based on recognising the value of every human life. We also believe that it is necessary for justice, holding the prosecutors of war to account, as a means to overcome uncertainties about deaths which are only recorded as numbers, and as a way of constructing a lasting historical memory of the dead.

Failure to comprehensively record every individual casualty of war can only bring greater pain and suffering. This suffering ranges from the denial of the experience of victims’ families, all the way through to community grievances which stimulate the renewal or escalation of violent conflict through politically motivated claims. The only long term answer to these problems is the establishment of detailed and certain truth.

We will collaborate to raise our capacity, visibility and collective strength, thereby enhancing casualty recording activities worldwide. Together we will be better able to overcome the problems we face every day in our work. Our final goal is that the world recognise the need to record every casualty of every conflict wherever it happens.

We call on governments and intergovernmental agencies to support the activity of casualty recording worldwide.