How About Some Collateral Damage Control? 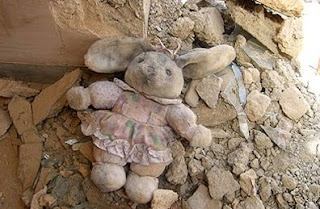 In an earlier post on the lessons of the Afghan War Diaries, I pointed out an unfortunate legal fact: that civilian harms aren’t necessarily evidence of war crimes.

But I also argued, as I long have, that such “unintentional” civilian casualties are unacceptably high.

Today, I have an op-ed in the International Herald Tribune that goes a bit further, suggesting a number of ways that the rules of war themselves could and should be updated to hold governments more accountable for civilian harms even when they’re unintended.

… Such rules would need to be worked out by states, but nongovernmental organizations and legal experts have plenty of ideas about what they could look like. For example, governments and human rights organization should re-evaluate what exactly constitutes “excessive” civilian casualties or “all feasible precautions” and determine whether some limits might shrink the gray area between “unfortunate” and “unlawful.” Landmine Action, for example, has called on states to curtail the use of explosive weapons in urban areas.

States might also consider new rules regarding compensation for collateral damage, just as victims of war crimes are sometimes entitled to reparations. The Campaign for Innocent Civilians in Conflict suggests an expectation to this effect could go far toward providing solace to victims but also to reducing casualties in the first place. And certainly, as suggested by the Oxford Research Group, a mechanism should be established to tally the war dead, in order to track who is dying how in military operations worldwide.

Such re-evaluations of existing humanitarian law may seem unrealistic, but they have often occurred in times of crisis. In the 1970s, for example, when the Additional Protocols to the Geneva Conventions were hashed out, a key concern of governments was to protect civilians from the kinds of intentional attacks they had suffered in World War II. Similarly, the 1998 Statute for the International Criminal Court was an effort to add teeth to the earlier Geneva regime.

Today, war crimes by governments are declining in part because the original rules were improved upon and are working to influence military doctrine — even among those governments who never formally signed onto them. But as the Afghan war logs suggest, collateral damage by governments may be increasing in international wars in part because of the absence of such clear-cut rules. It’s time for this to change.

I should add – though these sections of the original piece were excised in the process of shopping it around – that solving this problem is not only a task for governments. I’ll write more about what UN agencies and NGOs concerned with the protection of civilians could be doing differently in a future essay.

[cross-posted at Lawyers, Guns and Money and Current Intelligence]