That’s President Timberlake to You!: Which Rock Stars Should Rule the World? 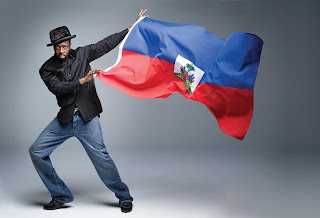 After hearing that former Fugee and musical star Wyclef Jean is running to be the President of Haiti (despite not having lived there for decades and apparently not actually speaking French very well), I got to thinking – what other musical super stars could run as leaders to help fix the nations of the world? In what way could Lady Gaga help with nation-building projects? Could Paul McCartney advise the World Bank in any way (other than being able to possibly fund a small third world nation by himself for a year)?

After a lot of sugar and housecleaning I have come up with the following list of suggestions. United Nations, you can thank me later.
North Korea – Rhythm Nation-era Janet Jackson.
Surely the military inspired dancing and outfits in this video would help to ensure a smooth transition to democracy. Think of the hundreds of thousands of people that could go from dancing for Kim Jung Il to dancing for… fighting injustice? To be honest, I never really got the point of the video. But it looks good – and that’s important in politics.
(Alternate – Korean singing star Rain who will no doubt win over the ultra-Stalinist country with his keen dress sense and smooth dance moves – as he did with Stephen Colbert. And as this video suggests – he’s totally ready to make a nuclear holocaust/World War III pretty dang sexy.)
Madagacar – the cast of Madagascar!
Who better to fix the chronic political instability, devastating poverty and colonial legacy than David Schwimmer? (We’ll prime them with a couple seasons of Friends first, obviously. I’m not so sure he can sing but that’s just details. At least the Lemur King-guy can.)
China – Beastie Boys
Perhaps after decades of fighting for their right to party, they could put their experience to use fighting for other rights. Like freedom of speech, assembly, protest, etc. Admittedly, songs about the freedom to form a union might not be as catchy.
Alternative: Wang Chung.
Somalia – Ted Nugent
Libertarian wonderland! With no government to get in your way, or make you pay your taxes, surely this charming gentleman would fit right in!? Definitely no trouble carrying firearms there!
Sudan – Mel Gibson
Mostly because I’d just like to think of Mel Gibson in Sudan. The dangerous bit.
Canada – Michael Bublé.
Because he’s cool and super cute (Mikey! Call me!) and your Mom probably likes him too. More importantly, I’d pretty much prefer almost anything to Stephen Harper. (Even if he does do a pretty good song now and then. )
Alternate: If you thought Bryan Adams, Celine Dion or Justin Beiber were going to be on this list, you were very much mistaken.
These are just a few ideas. But I welcome any suggestions or alternates. There are thousands of singers and celebrities who could ever so usefully be deployed to harsh and inhospitable countries. Let’s not let Haiti have all of the fun!
Readers are invited to contribute their ideas – please, comment below or @StephanieCarvin on twitter. After all, it’s for the kids. .