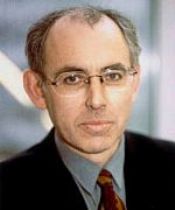 In April of this year I noted the death of Professor Fred Halliday – a noted scholar of nationalism, the Middle East and International Relations generally. He was something of a giant in British IR and I know his work was well known throughout the Middle East as well. I was fortunate enough to be in one of his last MSc International Relations courses at the London School of Economics in 2001-2.

There are a number of things being done to commemorate Professor Halliday and his work. For London readers, there will be an event at the LSE on 3 November (tickets required). Additionally, Alejandro Colás and George Lawson have written an article in Millennium Journal of International Relations (made freely available by SAGE) reflecting on his work which may be of interest to blog readers.