What is Mark Zuckerberg? 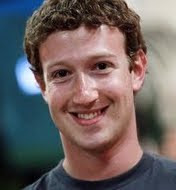 An ideologue of information freedom?

Now that he’s been named Time Person of the Year (Time readers’ poll and the preferences of the Fuhrer notwithstanding), these are questions worth discussing.

A number of commentators, myself included, have positioned Zuckerberg within the wider hacktivist subculture in which Julian Assange is rooted – not because the two share a common objective (they don’t: Assange targets powerful institutions, Zuckerberg targets the social fabric) but because of their seemingly shared belief that information wants, deserves, to be free – and that the wider sharing of once-private information is a social good.

In a crazy way, he’s arguing that people should share everything. He’s like the early hackers at MIT such as [open source advocate Richard] Stallman who fought for people not to have passwords or secrets. Of course Zuckerberg has a commercial interest in this. But he’s basically saying that it’s better for society if people share things… Zuckerberg has that hacker DNA.

Kashmir Hill argues for the essential interchangeability of MarkZ and JA in re the Time Magazine debate (though she argues [I disagree] that Time already did Facebook in 2006):

The two main contenders for person of the year have privacy in common — both are helping people, governments, and a big bank sometime soon become more exposed, whether they want it or not. The Information Age is becoming The You-Can’t-Control-The-Spread-of-Information Age — Zuck and Assange are the faces of that, with regard to individuals’ personal information and that of major institutions, respectively.

By contrast, I received a very interesting email from an LGM reader last week in response to this post, in which s/he questions this assumption:

I think you (or they), are wrong to analogize to Facebook or Zuckerberg and their pronouncements that “information should be free” with respect to Assange, or Hacktivism for that matter.

Facebook and Zuckerberg solely believe that information should be free (and by “free” I mean free/available to Facebook) so that they can use that information (and in particular we are talking about personal information about you or me or anyone else) to make money. They are a business and that is all that underlies any pronouncements about information being free, they believe in it not as a political philosophy, but rather a business one – and one on which their long term success depends.

Now, at first glance I’m not exactly convinced. If the argument is that a business ethic cannot also be based on a socio-political ethic, I think the socially responsible business community would suggest otherwise.

Also, I’m not sure I accept my anonymous reader’s assumption that you can only infer a political motivation if Mark Z makes business decisions in line with his ideology that otherwise do not make sense from a business perspective. This sounds like an outdated realist argument about statecraft, claiming that governments pursue their interests with what power they have, and international norms have no independent effect – or if they do, you only know it when those norms trump state self-interest. Many social scientists now understand, however, that ideas and beliefs can constitute interests themselves. Is it necessarily the case that if Mark Z has found a way to make money in line with his political ethic that he therefore lacks any political ethic besides “being a good capitalist”?

I’m not sure. And the reason that this essay reads like a series of questions instead of my fully formed answer is that I don’t feel sure one way or the other. It’s fair to ask whether something akin to a political ideology can really be distilled from Mark Z’s public statements and blog posts.* And if so, what is that ideology? Is it political, social or something else? What’s the difference? How would we identify and characterize it? How would we evaluate it?

While I wait to figure out my take on this question, I’m very interested in yours. Is Facebook simply a company or a tool for the promotion of MarkZism? If the latter, what are its tenets?

*Here are just a couple of the kinds of statements to which I refer – and they’re not just about information freedom, they’re more fundamentally about the relationship of openness to society, social relations and social order, and Facebook’s role in promoting the order Zuckerberg envisions:

“You have one identity. The days of you having a different image for your work friends or co-workers and for the other people you know are probably coming to an end pretty quickly… Having two identities for yourself is an example of a lack of integrity.” – in The Facebook Effect by David Kirkpatrick, quoted by Henry Farrell.

“We view it as our role in the system to constantly be innovating and be updating what our system is to reflect what the current social norms are… We decided that these would be social norms now, and we just went for it.” – Interview with Mike Arrington.