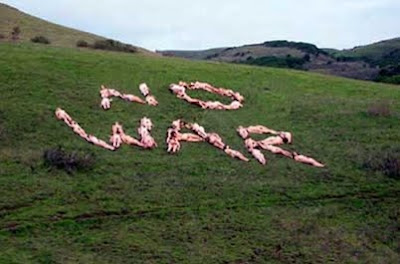 At the Daily Beast John Avlon gestures quizzically at the presence of women among those influencing the Libyan intervention:

The Libyan airstrikes mark the first time in U.S. history that a female-dominated diplomatic team has urged military action. Secretary of State Hillary Clinton joined with U.N. Ambassador Susan Rice and the influential Office of Multilateral and Human Rights Director Samantha Power to argue for airstrikes against Libya. Their advice triggered an abrupt shift in U.S. policy, overturning more cautious administrations’ counselors. In the end, that a female-led diplomatic team argued for war will be a footnote in this conflict as it unfolds. But it is historically significant. And that it seems almost unremarkable to contemporaries is a small mark of our constant evolution toward a more perfect union, even within our civilian-led military

What may be true about this statement (I need to check more carefully) is that this is the first time the foreign policy apparatus has been quite so female-dominated at a time that a President was urged to take military action. What is more obviously less true is Avlon’s implication that female diplomats have not pushed for war in the past or wouldn’t generally do so. Easy counter-examples come to mind. Condoleeza Rice pushed for war in Iraq. Madeline Albright pushed, along with a significant American feminist lobby, for intervention in the Balkans. Jeane Kirkpatrick was not known for her pacifist views.

Avlon may think this week’s events are “historically significant” due to the myth that women are generally more diplomatic and opposed to war than men. This myth has been pushed in particular by Foreign Affairs Magazine in essays by Fukuyama, Hunt and Coleman and by the Hunt Alternatives Fund as well as by a variety of NGOs. Of course there’s plenty of counter-vailing anecdotal evidence, but the real question is what are the general trends? Surveys by Richard Eichenberg conducted at the start of the Iraq war found that it depends on the type of war: women tend to oppose war more than men in general, but the relationship reverses when it comes to waging wars to protect civilians in other lands.

In other words, Condoleeza Rice was the outlier: Powers, Clinton and Susan Rice represent more or less what feminist IR theorists would predict – both in their preference construction and their ability to convert their critical mass into policy influence when push came to shove. This will indeed be historically significant – the outcomes of war waged by the world’s largest military usually are – but it is hardly surprising.