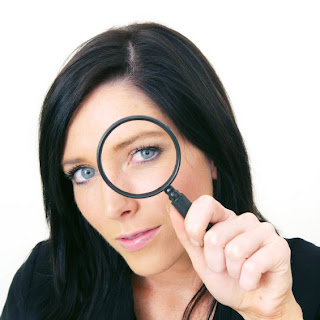 I have been doing a lot of work with survey data lately, as well as some reading in critical theory. Maybe that inspired my deconstruction of the gendered language of stats. Or maybe I just like to work blue.

Your girlfriend has told you, “Honey, your data set is big enough for me. It’s OK if it doesn’t get you into the APSR.” She might tell you, “It is not the size of p-value that matters, it is what you do with it.” A good theory can make up for a large-N, she reassures you. But political scientists know the truth. Size matters. Political scientists like a large-N.

A large-N enables you to find a statistically significant relationship between any two variables, and to find evidence for any number of crazy arguments that are so surprising, they will get you published. Political scientists like to be surprised. Your theory might be dapper and well dressed, but without the large-N, political scientists will not swoon. They go crazy for those little asterisks.

Some qualitative researcher might come in and show that your variables are not actually causally related, but it will be too late. You will have 200 citations on Google Scholar, and their article will be in the Social Science Research Network archive forever. Your secret is safe. Go back to Europe, qually!

Political scientists also like a large-N because it gives you degrees of freedom. You can experiment with other variables in your model without worrying about multicollinearity. You aren’t tied down to one boring variable. Political scientists like to swing.

Political scientists prefer it if the standard error in your data is smooth and consistent and does not increase as the X value rises. Consider waxing or shaving your data with simple robust standard errors if you have problems with heteroskedasticity. They also like a big coefficient that slopes upward. Doesn’t everyone? And fit, don’t forget about fit. Fit makes things more enjoyable.

It is best if your large-N data does not have a lot of measurement error. You might say, a little is natural, like when I jump in the pool, but this is not acceptable in political science. You should, however, have variation in your dependent variable. Variety is good. It keeps things spicy. When a political scientists wants to get really kinky, he or she will bootstrap his data.

It is best if your data is normally distributed, but political scientists generally forgive that. They like data of all shapes and sizes. They just close their eyes and pretend that it is symmetrical. Binomial. Fat tails. Oooh. That just sounds dirty.

Political scientists will tell you that if your dataset is not big enough, your confidence intervals will be too wide. Paradoxically, this will drain your confidence and make it harder for you to perform in the future. But don’t worry, they have drugs for that.

Don’t leave anything to chance. Get yourself a large-N. But don’t listen to those ads on TV late at night. Those quick data fixes don’t work.

I happened to be walking up 19th Street in downtown DC today in the early afternoon. Numerous media vans were parked along the road, and the sidewalks between F and H Streets were filled with eager reporters and bemused staff, obviously enjoying a long lunch break. A stranger, clearly new to the area, came up to me and asked, “Do you know where 700 19th Street is?”

Me: “Are you looking for the IMF?”

Me: “You just missed it. It’s the big gray building with the excited crowd and throng of cameras in front of it.”

Me: “They’re getting ready to announce the new Managing Director.”

Lost Stranger: “Really? You mean that lady? Is that a big deal?”

My answer actually surprised me. I had taken it as a foregone conclusion during the last several weeks that Christine Lagarde would be the next IMF Managing Director. Over the past two days, this became even more evident as Lagarde won endorsements first from China and then the US. It thus wasn’t a shock when the Executive Board chose Lagarde today over her competitor, Mexican economist Agustin Carstens. So what’s the big deal?

The big deal is that, despite her French roots, Christine Lagarde does represent a real change at the IMF. Putting a women at the helm of any international organization today is a noteworthy achievement. Quick – how many female IO leaders can you name off the top of your head?

Putting a women in charge of the IMF is even more remarkable. The IMF, as many have noted, is a very masculine, hierarchical organization with a marine-like culture. Yet there are women who work for the IMF (I have met many of them, and they are amazing). There are even women who have reached the near-top of the managerial ranks, such as former Deputy Managing Director Anne Krueger and current Deputy Managing Director Nemat Shafik (who, after only a few weeks on the job, was sent to represent the IMF in an important European trip shortly after Strauss-Kahn’s arrest in New York in May). Certainly, being a women in charge of such a male-dominated organization will be difficult, but it is not an insurmountable obstacle.

So gender will not be Lagarde’s biggest challenge in leading the Fund. Instead, here are a few thoughts on the bigger hurdles that Madame MD will face in the coming months:

First, Lagarde is going to have to prove that she can be unbiased in leading the IMF in the ongoing bailout of Europe. Many have questioned the appropriateness (perhaps even an explicit conflict of interest) of putting a French finance minister in charge of the IMF at this time. Lagarde will assume the post of Managing Director next Tuesday, and her first task will be to drive home the joint rescue package for Greece, which is bound to attract criticism no matter how austere or lax the bailout turns out to be. Will she be able to deliver the tough love and stand her ground against her former European colleagues?

Second, Lagarde will need to demonstrate that merit – not nationality – should indeed be the basis of leadership selection at the IMF. In her own speech before the Board last week, she reminded the Executive Directors that when she was on the Board of Governors at the IMF, she went on the record in support of an open leadership selection process. There will be pressure for her to put some muscle behind this statement, perhaps by appointing a non-American to replace John Lipsky as First Deputy Managing Director. [On this, see Mohamed El-Erian’s op-ed in today’s Financial Times. See also Stephen Richter’s suggestion that Carstens receive a consolation prize in the form of Lipsky’s number two spot, although it is not at all clear that Carstens would want this].

Third, Lagarde will have to win over the IMF staff. This is especially important when major change within the Fund is needed to address serious weaknesses in the organization’s relevance and effectiveness in critical areas such as its surveillance functions and financial sector expertise. There is no doubt that Lagarde has superb managerial skills and is by all accounts extremely charming. This will be an asset in her role as political figure in high level negotiations and in representing the IMF in the public arena. But inside the IMF, it may be a different story. One of Lagarde’s biggest deficits, as Martin Wolf recently argued, is that she is not actually an economist. She is a lawyer. And in an organization dominated by highly trained economists, her inability to debate the finer details of academic theories and models may make it very difficult for her to earn street cred and push for change within the walls of 700 19th Street.

(KW note: thanks to CP for today’s blog title)