1: A mysterious little Father’s Day gift for certain Dads among us. Speculation here. 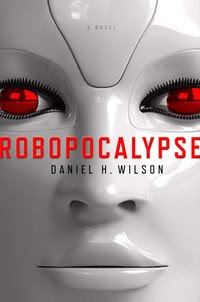 3: No, I haven’t read it yet, though this is definitely on my summer beach-book-list. Judging by the critical reviews (Robopocalypse is being compared to World War Z) my immediate sense is that the zombie craze of which Drezner speaks may be coming to its end, and that Glen Weldon’s new novel may be the start of the latest greatest trend in ” post-apocalyptic chronicle of decimated humanity” fiction.

It may be the presence of this beating human heart beneath Robopocalpyse’s cold, genocidal surface that helps explain why Steven Spielberg has optioned, and plans to direct, the film version, due in 2013. The fact that Spielberg did so before Wilson had even finished his first draft, however, suggests that Hollywood sees something it likes in the way the book exploits our anxieties about artificial intelligence — something it finds very, very marketable.

(And not a moment too soon, if you ask me.) Now, back to work on my case study about autonomous warbots…