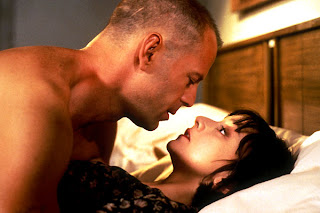 So I have finally caught up on all the back episodes of Game of Thrones, so I know what the hell you are all talking about. I thought I’d take up Charli’s challenge about the paradigm that Dead Ned represents because I think that it says something deeper (always deeper) about something missing in IR theory these days.

Ned represents duty, honor and integrity as opposed to old school Machiavellianism (although I guess duty, honor and integrity are even more old school). But that is not liberalism, not at all. Those are all deeply conservative virtues. They are more romantic than rationalist, more nationalistic than internationalist. Who is Ned Stark loyal to? His king, despite that the fact that he rules arbitrarily. No liberal would do that. And I don’t recall Ned calling for some type of constitutional monarchy.

Ned Stark’s character is more in keeping with romanticism than English School enlightenment. That particular epoch stressed the organic rather than the deliberative nature of things. It was profoundly emotional rather than detached and Machiavellian. It was communitarian not individualist.

The problem with IR theory is that the constructivists tend to be liberal, focusing on nice things, cosmopolitan and global norms, to the detriment of any number of more common norms that promote duty to the state or the nation. And the neorealists neglect them because they are non-material in nature. So they fall between the stools. As a consequence, all kinds of interesting things remain unstudied. We can’t understand any number of wars and conflicts without paying attention to duty and honor and other romantic notions, particularly during the romantic period of the 19th and early 20th centuries. Constructivists are the ones to do it but they are too cosmpolitan. That was the natural first step but now they should dig deeper. In Steve Saideman’s oft quoted words, “Where else do we see such inter-subjectivity?” Make Ned undead.