And the winner of Televangelist or Presidential Candidate Is…. 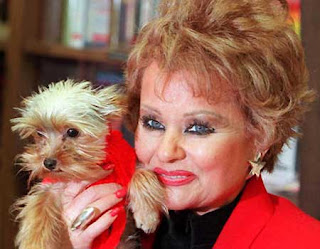 A is Joel Osteen, purveyor of the prosperity gospel — God wants you to make money. He seems like a nice enough chap, not mean-spirited, but as a former Catholic, I still have a good deal of alms for the poor in me. I don’t like conspicuous consumption; it seems sinful. But it is a perfect mix for social conservatives who don’t want to be taxed!

C is Rick Perry. He said all faiths were welcome, then starts in on the “living Christ” with references to the crucifixion. Seems likely to be a deal-breaker for a lot of folks. But it looks like he is running for President. A Texan with cowboy boots who prays for guidance on major public policy issues and does not speak well in public (watch the rally). Haven’t we already done that? Jesus, again?! What’s next? Tammie Fae replaces Hillary Clinton as Secretary of State?

(By the way, since when do evangelicals fast? I thought that was a thing for us Catholics, or at least the non-lapsed ones. Don’t they hate us Catholics? I mean, the Pope has been trying to get a Catholic elected President for years so he can control the US from the Vatican.)

D is, as Patrick T. Jackson (I know he likes to use his middle name, but this makes him sound like Samuel L. Jackson, which makes me happy) notes, Robert Schuller, creator of the first real mega-church. It is in Orange County, has gone bankrupt, and is locked in a brutal fight between members of the family and board members who tried to oust Schuller. My mom used to listen to him before going to mass because Catholicism is so uninspiring. Apparently his closing prayer, offered after every sermon, was optioned by Civilization IV. I really have no idea what that is, but I will trust my nerd readers. NEEEERRRRRDS!