What Exactly is the Point of Foreign Policy Analysts?: Lessons from Libya (and any other crisis in history)

I don’t follow the news as closely as I should. I am not up on everyone’s blogs. I don’t check the Brookings Institution for every new report it issues. I am a lazy blogger. But I do seem to recall when this whole Libya thing started and didn’t end successfully immediately that all kinds of “foreign policy analysts” came out of the woodwork to say it wouldn’t work, that we were merely facilitating and prolonging a protracted civil war stalemate. We couldn’t will the means that would be necessary.

I say that not becaus 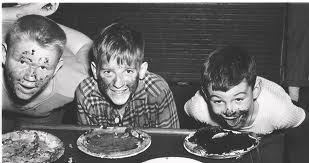 e they got the prediction wrong, but rather that they tried to make a prediction at all. I wish we could just admit that we generally have no earthly idea how a civil war, humanitarian intervention, tsunami response, military coup, financial crisis, etc. will work out. I

am an international relations academic not because I don’t want to be on TV, but because I have a sense of shame and dignity. I simply could not get up in front of millions, or even dozens, of people and claim that I had any notion of how any of those things was going to work out. We can only work out explanations well after the fact when we know what was going on on the ground, what people were thinking, etc. Every social phenomena of interest is simply too complicated. I appreciate it when folks like Steve Saideman tell us the mistakes of the past. But I wouldn’t like it if he predicted the future. And he doesn’t.

I am not going to name names, because I’d have to look them up. Like I said, I’m lazy. But the next time that one of these things happens again, like tomorrow, and someone offers you a prediction of how it will end, respond like this: “Ew, get that away from me. That’s been up your butt.”