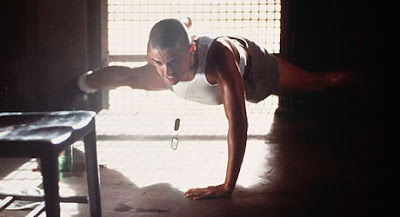 In my post last week I talked about the three main arguments against removing the combat exclusion for women: the physical standards argument, the moral argument, and the cohesion hypothesis. My main point was that with increased research on physical standards, the intangibility of the moral argument, and increased evidence that women already are in combat, the cohesion hypothesis remains as the most significant set of arguments against GI Janes.

The trouble with these two premises is that they both have been largely discounted by researchers. In her 1998 article on the Don’t Ask Don’t Tell policy in International Security, Elizabeth Kier concludes that “the results from more than five decades of research in group dynamics, organizational behaviour, small-group research, sports psychology, social psychology, military history, and military sociology challenge the proposition that primary group unit cohesion enhances military performance.” Some research even indicates that high levels of cohesion can be detrimental to military performance as it results in conformity, groupthink, and a lack of adaptability. Many of the studies on cohesion and the military find that leadership and task- not social- cohesion have a greater impact on performance than social cohesion.

In terms of the second premise, as mentioned in the last post RAND’s major study on cohesion in 1997 found that women don’t impact group performance or military readiness. Subsequent research has reconfirmed this conclusion.

In addition to shaky (at best) premises, another major problem with the cohesion hypothesis is that it is never clear what exactly is meant by cohesion within the military context. In hopes of finding answers to this puzzle I went on a wild goose chase for cohesion clarity.

Sifting through research on social cohesion in the military I found myself sinking in masses of studies on social cohesion, citizenship and multiculturalism, group dynamics, as well as military studies on cohesion. It turns out that social cohesion is the meaningless catchphrase of the moment (I think it may have even eclipsed ’empowerment’ and ‘deliberative democracy’). Social cohesion has been used to explain the London riots, failed and successful immigration policies, winning sports team dynamics, as well as the need to keep women out of combat roles. Cohesion has also been defined as everything from: shared norms, ‘liking’ one another, commitment to a group, bonding, and trust. So how can one vague concept explain such wide-ranging and disparate policy decisions and social dynamics?

There is little substance to the cohesion hypothesis, almost no empirical evidence supporting it, and even the different forces with the US military seem to define and measure cohesion differently. I certainly don’t have the answer, but it does seem that in most contexts it is employed- especially in discussions of migrant integration, multiculturalism, and the combat exclusion- ‘cohesion’ is a red herring that distracts from attention to deeper issues of discrimination and cultural bias. In the case of the US military, cohesion is a smoke and mirrors debate that will persist until sexist attitudes and gender discrimination are addressed.