The American Political Science Association is abuzz with talk about a breakout book by an up and coming star in international relations theory, Patrick T. Jackson. While Jackson had previously had strong indie credentials established through gritty work on the strategic construction of the notion of Western civilization by the United States after WWII, The Conduct of Inquiry in International Relations looks to give Jackson the broader notoriety in the field that many have long thought he deserved. The book blurb proposes that it “pops a cap in the ass of the bitch-ass notion of a single unified scientific method, and proposes a framework that clarifies the variety of ways that IR scholars establish whether their empirical claims are correctamundo.” Sales of his book were brisk at the Routledge booth where the bold cover was also a hit. It is the one that says “bad mother*@er” on it.

Jackson’s book has elicited a firestorm of criticism from game theorists, stats jocks and other meth-heads in the discipline. Jackson’s response? “If my answers frighten you, then you should cease asking scary questions.”*

In one of its 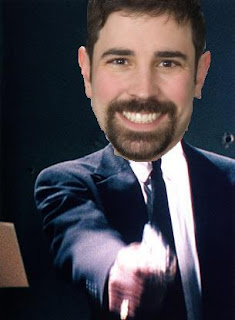 most quotable passages, Jackson writes: “The path of the social scientist is beset on all sides by the inequities of the pseudo-positivists and the tyranny of the APSR. More scientific is he who, in the name of charity and good will, shepherds the grad students through the dark valley of political science, for he is truly his brother’s keeper and the finder of lost insights in international relations. And I will strike down upon thee with great vengeance and furious anger those who attempt to poison and destroy my pluralist brothers. And you will know I am the Director of General Education at American University when I lay my vengeance upon you.”

Jackson’s new book comes at an increasingly self-reflective time in international relations. Most recently prominent scholars David Lake and Peter Katzenstein have offered their ideas about what ails the discipline. When asked to comment

“Get these motherfu*cking positivists out of my motherf*cking discipline!”

on their contributions, Jackson responded in his inimitable fashion. “Normally, both their asses would be dead as f*&king fried chicken, but they happened to pull this sh*t while I’m in a transitional period so I don’t wanna kill them. I wanna help them.”

Jackson’s academic style is brusque and confrontational. After a spirited give and take at an APSA panel with colleague Dan Nexon on the use of Lakatos in assessing paradigmatic progress in international relations, Jackson bristled sarcastically, “Check out the big brain on Dan! Oh, you were finished!? Well, allow me to retort.” When Nexon pushed Jackson on his belief of the inapplicability of Popperian falsification methods to the social subject matter of political science, Jackson rejoinded: “English, motherf*@ker! Do you speak it?” He then asked rhetorically, somewhat incongruously, “Do you know what they call hermeneutics in France? L’herméneutique.” His hotel room was later found trashed.

While Jackson has never formally acknowledged it, it is open knowledge in the field that his middle initial stands for “Thaddeus.” Fearing for their lives, however, the paper could not get anyone to speak to that on the record. Jackson carries a briefcase with him at all times. Its contents are unknown, but there is a rumor that it contains Bruce Bueno de Mesquita’s soul.

*I borrowed this from techne. See below. It was just too good to pass up.