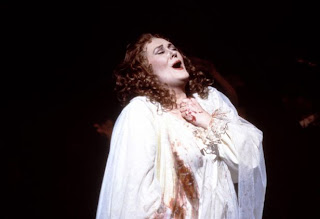 Political scientists hate, hate, hate faculty meetings. They are yet another drain on the time they need to do their Original Research. Before political scientists assemble for a faculty meeting, they will chit chat with one another about how pointless the agenda is for that day. Surely we could do this all by email, they say to one another. Is it really necessary to come all the way to campus to approve a courtesy appointment for the newest overpaid member of the law school faculty?

Yet all political science faculty meetings, even if the only item on the docket is to name the graduate student lounge in honor of the most recently deceased member of the department, last at least two hours. The discussion is endless. Every possible angle is considered. Every faculty member has his or her turn.

Political science faculty meetings last so long because all political scientists love the sound of their own voice. No matter the topic, they must weigh in. They suffer from a kind of non-profane Tourette’s syndrome, an audio narcissism.

As a consequence even though all are clearly better served simply voting yes and concluding the meeting in two minutes, no one can refrain from talking. Once someone starts, the dam breaks. While each feels individually satisfied to have said his/her piece, they are collectively worse off by losing two hours they will never get back. Political scientists call this a “collective action problem.” They have used this very concept to explain the origins of WWI and the escalation of ethnic conflict into mass genocide. It is equally applicable to faculty meetings. Indeed sitting through faculty meetings was likely the homicidal inspiration.

Perhaps political scientists secretly like faculty meetings. They love the give and take of deciding on the graduate student curriculum, the consideration of the strategic plan that the dean will never read, the formation of the undergraduate honors award committee. They are all so giddy that they just cannot stop. Faculty meetings make them feel…..ALIVE.

Yet this hypothesis cannot explain the look on the faces of department members after a faculty meeting. They are pale and malnourished. Cutbacks have forced the university to cancel any expenditures on lunch, and every faculty meeting is scheduled between the hours of 12-2.

Political scientists have developed two solutions to the collective action problem, neither of which apply to political science faculty meetings unfortunately. First they can appoint a strong, dictator-like chair with agenda-setting power who can control the meeting. This, however, removes whatever shame the normal political scientist feels to his colleagues about blathering on too long and gives unchecked dithering ability to one person. No one political scientist can resist that kind of temptation. Political scientists call this a “principal/agent problem.”

Second, they can limit the size of the group. This allows monitoring and more credible commitments. The problem is that political scientists cannot be fired. This is because of tenure, another thing that (senior) political scientists like. This is doubly problematic because senior faculty are the worst violators of credible commitments in faculty meetings. Junior faculty just want to go back to their office and work on their original dataset, which is necessary for tenure.