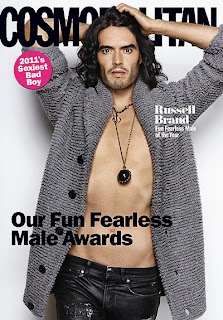 After reading the FP special ‘sex’ issue this week I had the strangest feeling. It was like I woke up and it was 1991 and I was 13 again reading teen magazines. After reading Charli’s excellent post on the issue I couldn’t help but chime in. You see, I know that one of the obvious retorts to some of the criticism that has been waged about the issue will be ‘Hey, it was meant to raise a few issues and have some fun while we’re at it. We’re riffing off the Cosmo style ‘sex’ issue and just mixing it up. Lighten up.” Ok, fair play FP. But keeping with that theme let me start by saying that most of the issue was more like a teeny bopper mag rather than a sex issue (with some excellent exceptions). You’ve missed the target audience FP, and you are behind about 20 years in research. Parts of the issue was sort of like having an article on “a girl’s first period’ in a magazine aimed at adult women and men (oh yeah, I went there). Here are a four pointers on how to write a real sex issue.

1. When you read a Teen Mag you expect banal questions like “who is the sexiest teacher/leader/football player,” but even a low grade pop magazine wouldn’t publish the idiotic list of answers you got re: world leaders (which included Vladmir Putin and “those in South Africa and Muslim countries”). You might as well have just published “brown men” as one of the answers. When adults respond to surveys in ‘sex’ issues you’d hope they can at least remember the names of the brown bodies they fetishize. Why not just have a bunch of photos of politicians and have us rate them ‘hot’ or ‘not’?

2. When you asked why there should be more women in politics you collected answers that covered almost every single cliche: they are more peaceful, they think more about children, they are multitaskers…I guess for the full effect you could have asked someone to mention puppies, gardening, and aprons too…but not exactly sexy right?

3. The article, ‘The Most Powerful Women you’ve never Heard‘ of, must have also been aimed at teens. If your readers have never heard of any of these women then they haven’t been reading the news, preparing for lectures, watching TV, or generally participating in public life. So, like, duh. We know they are powerful- now how about some analysis? This list was like a “60 Sex Tips” article that wouldn’t help the reader undo a bra. Talk about a “most embarrassing moment” FP!!

4. The cover images? That Miley Cyrus-esque Vogue-naked-hunched-pose combined with elements of Muslim/war porn-fetishism is interesting but really below you, don’t you think? Also, paint the woman blue and you’ve got the playbill for Blueman group too, so there may be copyright issues with that.
FP, maybe its time to take the survey: “Are you totally out of the loop?” when it comes to gender and sex. Next time you want to write a sex issue, call in (more) of the experts.