Donald Trump and the Narrative of US National Security

Following his prescient piece from last year, Tom Wright has a provocative new essay on Donald Trump’s foreign policy in Politico. He suggests that Trump foreign policy has Jeckyll and Hyde qualities. While Trump (and Bannon) are committed to a radical vision to upend establishment foreign policy, they hold a minority view in the government. To staff his administration, Trump has largely turned to establishments folks like Mattis, Kelly, McMaster, among others. This means that there isn’t really anyone to implement that radical vision, leaving Trump’s views to express themselves on a few issues like Islam and trade where they have wider currency.

Dan Drezner has an interesting rejoinder and notes that one way the Bannonites are able to overcome and enhance their power is by vetoing appointments and through budget cuts. With few political appointees and agencies cash-strapped to do international work, the U.S. government won’t have the capacity to respond to global emergencies when they arise. For the America First and Only crowd, this is exactly as they want it. 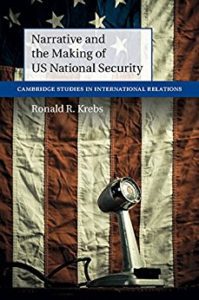 Trumpism/Bannonism may currently be self-limited by having few adherents, but as Drezner argues, it is still able to do tremendous harm through personnel and budget processes. A third possibility is more worrisome still. What would happen to U.S. foreign policy if this strain of nationalism were to take root in the Republican party and crowd out establishment thinking?

(To be fair: the foreign policy “blob” has made its share of mistakes [witness Iraq], but as Frank Gavin and Jim Steinberg argue in a recent War on the Rocks podcast, the establishment has much to commend it. Ending and winning the Cold War peacefully anyone?).

Here, Ron Krebs’ important book Narrative and the Making of US National Security may be instructive. Krebs’ reminds us that presidents, particularly during unsettled narrative moments, have tremendous power of the bully pulpit to recast the dominant narrative underpinning U.S. foreign policy. If Trump succeeds in building a coterie of followers and adherents to his vision of the world, it could last well beyond the current moment.

One of my side ventures is serving as one of the editors of International Politics Reviews. In our latest issue, we feature a reviews exchange on Krebs’ book. The exchange includes reviews from Michelle Murray, Dan Drezner, and me, along with a response from Krebs. (All are available open access through the ReadCube platform on the links above).

As Krebs argues, there are times in American foreign policy when narratives are relatively settled, which means that the rhetorical space that actors have to depart from the dominant narrative is limited. Those who deviate too far from the dominant narrative are punished and pushed to the margins. Here, after the events of September 11, 2001, George W. Bush was able to craft a narrative of the War on Terror which came to dominate and cast a wide shadow over what other political figures could say. It meant that even an erstwhile critic, Barack Obama, had to craft his critique of the Iraq War by saying it was a diversion from the good war and true fight against terrorism in Afghanistan.

Unsettled narrative situations give actors, particularly presidents, more leeway to craft new narratives, to carry out storytelling. Leaders who seize the moment are well-placed to redefine the dominant narrative, as FDR did in the wake of the attack on Pearl Harbor. Leaders who choose to argue over the merits and demerits in unsettled moments will be less successful. By the same token, leaders that try to tell new stories when narratives are relatively settled, as Reagan did in the 1980s in relation to the Contras in Nicaragua, will often struggle. The rhetorical mode, Krebs argue, has to match the moment. 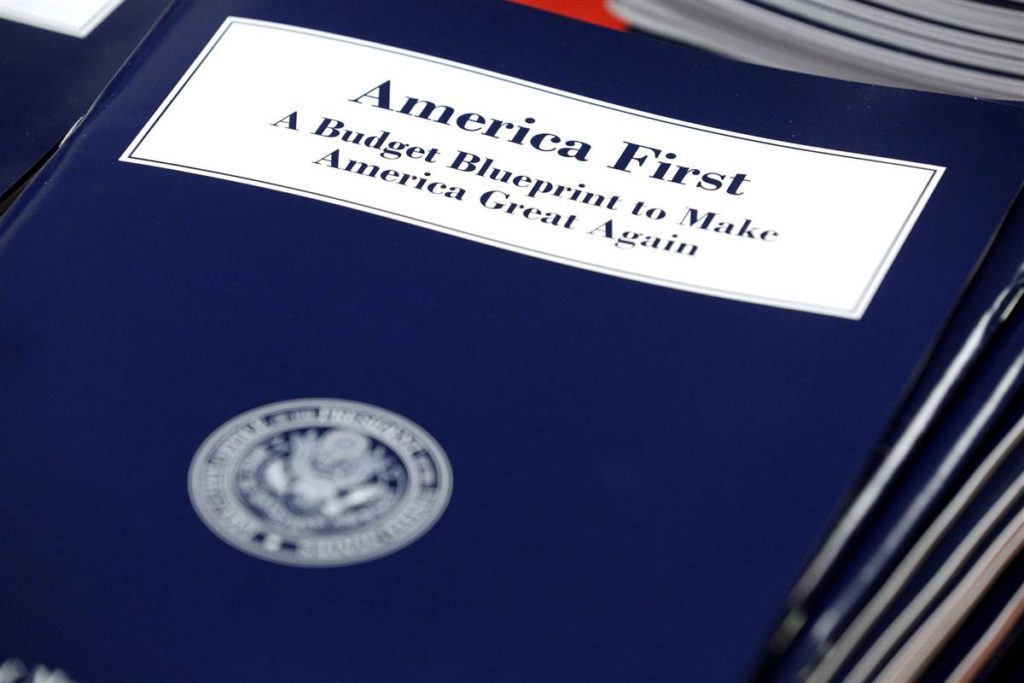 trying to use threats of terrorism and foreigners to foster a Sovereignty and Me First mindset in the United States and around the world.

Are We Living in an Unsettled Moment?

The question becomes: are we living in an unsettled narrative moment that is ripe for such storytelling?

For Krebs, answering this question is an empirical matter that requires us to evaluate the degree to which elites legitimate their arguments in reference to a single narrative or if multiple narratives “swirl” in a relative “unstructured” space. While we might think that crisis is the main driver unsettling narratives, Krebs argues that policy success can allow leaders to deviate from orthodoxies.

Does “unsettled” describe the Trump era? Or, does the master narrative of the war on terror still constrain elites? What power does the still older Cold War narrative of liberal internationalism retain? In his review of Krebs’ book, Drezner thinks it may well be Trump’s moment to seize:

On almost every dimension of foreign policy, Trump eschewed the dominant narrative and yet he won the election. Is this a sign that we have moved to an unsettled period or not? It is unclear if the techniques Krebs used to identify the Cold War
consensus would work in an age of more balkanized media and national security conversations (Drezner, 2017). Are there ex ante ways of identifying period when the national security narrative is contested?

In his response to the reviews, Krebs is not sure:

Drezner believes that Trump’s rise signals that we live in unsettled times. I’m not sure, for I am struck by how little
impact Trump had during the campaign on the central lines of elite debate over foreign policy.

He suggests that Trump is taking advantage of gaps between elites and mass publics and using those gaps to win support, but thus far, he has had little impact on elites who continue to resist him.

What Trump is exploiting is not an unsettled narrative situation, but a longtime, substantial gap between dominant elite and popular narratives on a wide range of issues.  In this populist moment, the bonds tying masses to traditional elites have suddenly weakened. As a result, elites can patrol the boundaries of legitimate debate over foreign affairs and national security, but they cannot enforce them.

That may be true in the short-run, but as Jon Monten and I argue in a piece out today in H-Diplo, Trump (backed by the Breitbart and Fox megaphones) may be able to persuade more Republicans to rally around his vision not only to support his policies on trade and immigration (which  are closer to his point of view anyway) but Trump’s views on Russia as well.

Trump may be able to cherrypick a few Gorkas and Millers from obscurity in the short-run, but in the longer-run, a Republican Party steeped in Bannonite ideology may produce bevies of them, many of whom will go on to leadership positions. What starts with Iowa Congressman Steve King now may be a deeper bench in years to come, particularly if Trump manages to win re-election. That’s what keeps me up at night.