Readers of the popular blog “Duck of Minerva” are expressing a mix of consternation and concern with the disappearance of many of the ducks on the site. Charli Carpenter, Stephanie Carvin and Dan Nexon, normally reliable for a couple of quacks a week on important issues of foreign affairs, have not been heard from in weeks, sometimes months, and those who peruse the site regularly are not letting their frustration roll like water off a duck’s back. “LFC” posted: “I count on this site to break down important events. Where is everyone?”

Others are more concerned 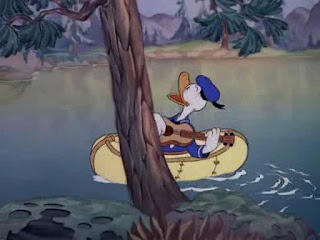 . Nawal Mustafa worries that the ducks might be….dead ducks. Scientists are worried that the sudden decline in the blogger population might be related to the mysterious die-off of hundreds of birds in Arkansas at the beginning of the year, for which there is as of yet no known cause. Unlike that incident, though, no carcasses have been found.

Nevertheless experts take comfort that co-founder Patrick T. Jackson is alive and kicking, cantankerous as ever. Jackson is more goose than duck though, with a fierce bite, and it might be that whatever malady has struck is particular to ducks.

The site has hired a lot of new talent lately, getting in ducks in a row. New bloggers like Joshua Busby have taken to their new roles like ducks to water, offering trenchant analyses of pressing global issues like conflict and famine in the Horn of Africa and global warming. Megan MacKenzie waddles through wonderful posts about gender. Catherine Weaver pecks at the innards of international financial institutions. It might be that the old ducks are just lame ducks, resting on their laurels while the little chicks handle the site, relaxing and spending time with their families. Maybe even working.

Others, however, have not had the same success, with readers, especially those who admired Steve Jobs, directing particular ire towards the smart-aleck posts of Brian Rathbun. Rathbun has frequently had to duck and cover. Contacted by the paper, Rathbun wimpered, “The internet makes you a sitting duck. Anyone can just lambaste your posts, saying ‘you aren’t funny. FAIL.’ It is very hurtful.”