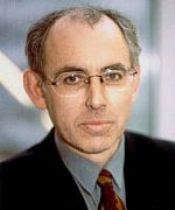 I was alerted this morning to the death of Professor Fred Halliday. Halliday, who specialized in the Middle East and was very much a legend around the London School of Economics. I was fortunate enough to be in one of the last classes of MSc students who sat through his IR theory lectures. These classes were a very strange tour de force – mixed with anecdotes of Professor Halliday’s meeting foreign leaders, intellectuals and peppered with outbursts in Arabic, Persian and other assorted languages. Unsurprisingly, the lectures were always packed.

The Guardian has a very nice obituary as does Open Democracy. There is no question that he was one of the most important intellectuals in International Relations in the UK. While I didn’t know him exceptionally well personally, I know that I owe a lot to him in terms of the way I think about international relations theory. Every encounter I had with him was very pleasant. (He was very tolerant – enthusiastic even – of my question regarding whether or not there were Arab comic books over a pint one evening at Goodenough College.)
I know there will be a lot of heavy-hearts around the LSE today – not to mention UK academia at large, as well as the many, many students Professor Halliday had over the years.

EDIT: The LSE tribute is here and they link to Professor Halliday’s last lecture at the LSE here.