Osama Dead: Are We There Yet? 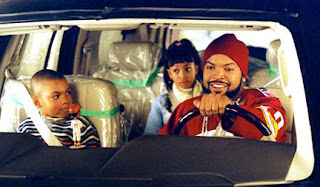 My reaction to the news was essentially that of a five year old after a long car ride — can we be done now? I am very tired of the war on terror, on multiple levels.

First, the obvious irritations. The airport security with two children, whose liquids must be regarded a priori as toxic substances. The shoes and the belts. Can’t I at least keep my coat on? Don’t we have scanners that can pick out an explosive device from my inside pocket? This from the country that put a man on the moon? Yes, I would feel differently if there were another attack tomorrow using fake breast milk as a combustible substance. So this isn’t really rational. But still.

Second, I find the war on terror really boring. This is a really terrible thing to say to those who lost loved ones on 9/11. But intellectually I do not get much satisfaction out of this. We never really have an idea what is going on. We can’t interview the participants, unless we are Indiana Jones. There will never be Al Qaeda archives to go through, so I don’t think we will ever really understand this era in history. And I think that compared to our last great challenge– the Cold War — or the ones that face us now — global financial catastrophe — there is just not much to chew on here. I know that many find this all fascinating, and I am glad they do. If my department hires next year, I will push them to find someone who works on these topics. But I really think it is overblown.

Third, it really brings out the worst in us. I think that during the Cold War Americans would have been shocked to hear allegations that we directly tortured say, East German spies. But after 9/11, this really doesn’t bother quite a few people. I don’t really recognize this country and I’d like it to return to normal. Maybe this is just a structural value shift that has nothing to do with terrorism, but if so, I think it was latent and only revealed by the war on terror. I feel this as I watch people celebrate outside the White House. What would John Wayne do (WWJWD)? I think he would have killed Osama but not crowed about it. He’d have put his gun back in the holster and hung his head. It is one thing to celebrate Hitler’s death in the streets because that meant the end of the fighting and a terrible regime. But this probably doesn’t mean that. So the celebration is just vengeance. And that is unappetizing.

Fourth, we will never really know when it is over, which is irritating. And there is always this nagging sense that it could be over if we just decided it were over. Obviously we will always be involved in disrupting Al Qaeda. But it feels like we are the ones who put the capital letters in the War on Terror.

So I guess I am waiting for the President to tell us, as I tell my kids — just ten more minutes. But I know he won’t. And if he did, he would be, like me, lying.