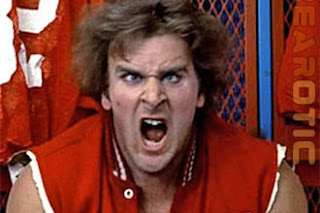 I am concerned that readers of the Duck are getting the wrong impression about the contributors to the site. I for one was never a nerd. Anyone who knows me will know of my athletic prowess, having piloted my high school football team to the state championship in my freshman year. This academic thing was my back up after I blew out my knee my junior year. Standing at 6’5″ with a rocket for an arm, I was a certain top draft pick.

All of this talk of video games, fantasy and science fiction distracts us from two much more important, non-nerdy things — sports and costume drama. (Yes, I was a thespian as well. When you meet me at conferences, ask me about my Hamlet. I am a regular renaissance man.) 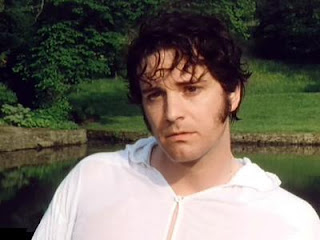 Like for instance, did you know that the geniuses at ESPN have put together a new quarterback ranking that accounts for the contributions made by the fleet-footedness of quarterbacks as well as their clutch play. And what do we think about the Chad Ochocinco signing by New England. Can Chad be a team player finally? Didn’t they learn their lesson with Randy Moss? And did you know that it sucks that to be Peyton Manning’s backup? Really! They don’t let you play. The LA Times reports.

In other non-nerdy news, I am eagerly anticipating The Night Watch, the new BBC adaptation of Sarah Waters’ novel set during the Second World War. There is a fascinating piece by production designer Martin Boddinson about how he converted the sets for Lark Rise to Candleford for the interiors in The Night Watch – a real challenge given the very different periods of the two dramas! Yeah, nerds. There were times when not everyone had their own teleporter. They didn’t even have phones or electricity. And you couldn’t marry anyone from another class. They had to have money, and women couldn’t inherit their father’s wealth. History is terribly interesting!

Go back to your books, nerds. I’ll be out playing flag football. With my shirt off showing off my guns. And then I’ll return to my tastefully appointed historic home and have a long bath in my clawfoot tub. Who needs the future?