Peace Settlements May Do More Harm Than Good. 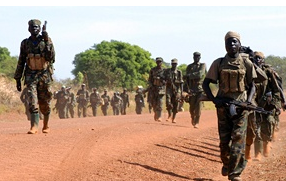 This is according to a new policy brief out from the Belfer Center at Harvard, in which Monica Duffy Toft details a study of 137 civil wars fought from 1940-2007. Toft finds that more civil wars are ending in negotiation these days than in stalemate or in victory by one side over the other, possibly reflecting the diplomatic norms promulgated across the globe by the conflict prevention sector. But:

Does the trend toward negotiations correlate with improved outcomes? The data suggest that it does not.

Civil War Recurrence. Wars ended through negotiated settlement are twice as likely to reignite as those ending in victory. These renewed conflicts are more likely to last longer than wars ended by other means. Further, recurring civil wars following negotiated settlements were roughly 50 percent more deadly. Not only does it matter that the war ended with victory but also who achieved that victory. The data show that rebel victories were more stable than government victories. Whereas 17 percent of wars ending in government victory recurred, only 6 percent of wars won by rebels did so.

Post–Civil War Politics. Negotiated settlements are associated with higher levels of authoritarianism over time. Incumbent governments faced with the likelihood of renewed war seem to sink precipitously into authoritarianism as they attempt to avert another round of fighting. Cease-fires/stalemates do not appear to have an impact on the level of autocracy or democracy. Although in general victory does not have much impact on regime type, the data suggest that when governments win, repression remains, whereas levels of autocracy decreased after rebel victories.

Post–Civil War Prosperity. Economic growth or decline is unrelated to the type of civil war settlement. Most of the states that suffered civil wars followed the same trajectory, with little divergence. The highest degree of divergence occurred among states whose civil wars ended with a rebel victory. These states suffered a decline in gross domestic product immediately following the war. Within ten years, however, they recovered, displaying the same level of economic performance as states whose civil wars ended in something other than a rebel victory.

What to do instead? Toft argues that policymakers are not stuck choosing between these two extremes but can manufacture strategies that draw on the elements off each that are likeliest to lead to both enduring peace and stable democracies: in short, a combination of benefits and credible threats in negotiated settlements. She also suggests an emphasis on security sector reform -incentivizing former armed groups to reintegrate into post-war society – be a key component of such settlements. The article-length version, just published in International Security, expands usefully on this point.