Abdullah Khadr, Human Rights and Counter-Terrorism: Or what I was really trying to say 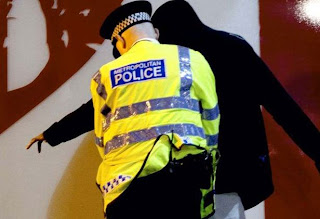 I was quoted in Canada’s Globe and Mail today about a trial involving a Canadian citizen, Abdullah Khadr, who the US has requested for extradition on terrorism charges. (This is the older brother of Omar Khadr who is still in Guantanamo prison.) It’s an interesting case for a variety of reasons so I thought I would expand upon my thoughts here – and the fact that I’m slightly concerned that the summary of my comments in the article were slightly crunched in a strange way.

The facts of the case seem to be that Khadr, operating in Afghanistan/Pakistan was sought by the United States in 2004. They placed a $500,000 bounty on his head and was captured by Pakistan and detained in a prison for 14 months. Khadr argues that during his time in Pakistani custody that he was routinely abused and tortured. He was interrogated for several days by US agents in Pakistan, before being released. Khadr was then repatriated to Canada in December 2005 and arrested a few days later by the Royal Canadian Mounted Police on the basis of an indictment by a court in Boston Massachusetts on terrorism charges.

Unsurprisingly, Khadr and his lawyers claim that he will not have a fair trial as the evidence garnered against him was obtained after he was tortured and his right of due process was seriously violated through his treatment. The case has been working its way through the Canadian justice system and earlier this year it was determined that he should be extradited to the US because of the way he was treated. Khadr then walked free. Yesterday, the Canadian government filed a ‘leave to appeal’ stating that “This case raises issues of national importance that require consideration by this court,” and that principles of fundamental justice “should not be used to impose the technicalities of our criminal law on a foreign partner.”
A couple of points that I made in my discussion with the reporter that didn’t quite make the story, but I think are important.
First, I think it that what the Courts are being asked to ultimately decide on is whether Canada’s obligation to fight international terrorism (found in various UN Security Council resolutions, etc) trumps its obligations to ensure the human rights of individuals, including the right to a fair trial and due process (found in Human Rights agreements). Fundamentlally, the right to a fair trial is a non-derogable  right. A state can’t suspend it, even in the wake of threats or emergencies, so I think the Court’s choice here is pretty clear. (Hence my comment about human rights taking precedence.)
Second, the part that may have gotten a bit mangled in editorial translation, is that this is an interesting case because Canadian courts have, by and large, been very sympathetic to the needs and concerns of the government/security service. For example, they have sided with the security service when it comes to not disclosing evidence that is of a sensitive/secretive nature in terrorism trials. However, in this case the Courts have effectively drawn a line in the sand and said that while they are sympathetic to the need to fight terrorism, that the treatment of Khadr is a step too far.
Third, a point I was really trying to get across but did not make it into the article, is that the Canadian government is in the position that it is in because of the terrible Bush administration policies on detention and enhanced interrogation. If the Bush administration had ensured that Khadr had fair treatment, this wouldn’t have been a problem – his due process would have been followed and he could have been extradited and prosecuted. And, perhaps if Canada had worked harder to ensure that his rights were being protected (though the historical record here is somewhat vague), they’d have an easier time mounting their case for extradition.
Let’s face the facts – Khadr ain’t Mr. Rogers. He holds terrible views, probably did some terrible things and is not a great guy to be walking around on our streets. I would very much like to see him go on trial for the allegations that have been presented against him – but I know that ultimately he shouldn’t be sent because of the fact that his case was so incredibly poorly handled. It would be a complete and utter violation of everything the Western criminal justice system is supposed to be.
Basically, without trying to sound like a poor man’s Human Rights Watch, the key lesson is that when stated do not following human rights, suspected terrorists can walk free. Not following human rights has made fighting terrorism in this case a lot harder. This is something that must constantly be borne in mind when the temptation to engage in “enhanced interrogation” exists. You often hear arguments about following human rights because ‘it’s the right thing to do’ or it reflects our values, etc. but this is a hard case which demonstrates the real national security interests at stake in ensuring the rights of terrorist suspects are accounted for.