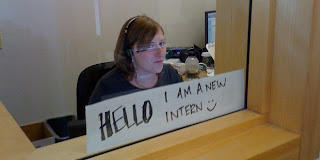 In the Duck tradition of offering analysis of elections in countries where we do not reside or where we have no citizenship, I offer you this. During the last UK election, I remember remarking that there was no way that the Liberal Democrats would form a coalition with the Conservatives. This went against everything that I have always written about parties — that they are policy-seekers as much as they are office-seekers, that parties don’t jump across other parties to form coalitions with parties further away from them ideologically. People wrote about how the Liberals and Conservatives were more alike in some ways, like their common commitment to individual liberty. I found that one kind of amusing in the country where there is a CCTV camera inside of everyone’s pants. There was no way the Lib Dems would do this, I said. But they kept saying publicly that they were interested in considering a coalition with the Conservatives and were non-committal vis-a-vis Labour.

Another reason I thought it wouldn’t happen is that there was no way the Lib Dems would be so stupid. If they got their major prize, a referendum on the electoral system, the Conservatives in their own coalition would campaign against it. They would be campaigning in the wake of passing a major austerity package that would make the coalition very unpopular and the Lib Dems toxic to their own supporters for betraying everything they stood for. The referendum would surely fail and the party would not get another bite at the apple for a long, long time. Perhaps ever.

I thought a Labour-Liberal coalition to be much more likely but then there were not enough seats for the two of them to secure a majority. So I figured the Lib Dems would wait out a caretaker Conservative minority government, build on their momentum, and then be in a great place for the next election.

But then they took the deal. I suppose they wanted the experience of governing. This was the political equivalent of an unpaid internship. The Liberal Democrats convinced themselves that they would gain valuable experience even if they must have known that in the end all they would really learn is how to change the toner on the copy machine. Or be the Secretary of State for Business. Same thing. Interns do not have an effect on their organization’s policies. Ever.

And what happened? They campaigned for electoral reform in the wake of passing a major austerity package that made the coalition very unpopular and the Lib Dems toxic to their own supporters for betraying everything they stood for. The referendum failed and the party will not get another bite at the apple for a long, long time. Perhaps ever.

So I am recasting my original argument. Much as structural realism says that states can do whatever they want, they might just get punished if they do something stupid, I am going back in time to simply predict that Nick Clegg can do whatever he desires, but if he is this stupid, the party will suffer. The results show that I am correct. I am so very clever.

Now I will actually make a public prediction. The coalition lasts six months tops, probably not three. As the austerity bites, there will be no reason for the Lib Dems to stay on. They will look for a paid entry-level position somewhere. Maybe Brussels. The Lib Dems love Europe. I hear there is an opening for an administrative assistant in the Commission.