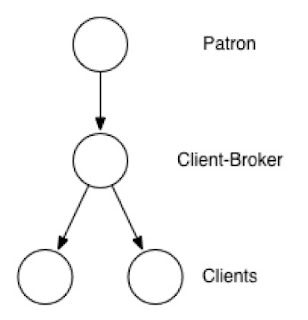 Burke is playing down the economic angle. But there is a certain tension, or tradeoff, between ‘power’/’politics’ and ‘tribal vendettas’/’ethnicity.’

Identity can define allegiance, but not exhaustively. Calculations about power balances can wreck the whole day of cultural ties.

In Afghanistan, it is more prudent, given the impermanence with which different power brokers rule, to hedge, and at the right time, to flip, to change sides and align with the winning side. As Fontini Christie and Michael Semple argue:

After continuing uninterrupted for more than 30 years, war in Afghanistan has developed its own peculiar rules, style, and logic. One of these rules is side with the winner. Afghan commanders are not cogs in a military machine but the guardians of specific interests — the interests of the fighters pledged to them and of the tribal, religious, or political groups from which these men are recruited…Thus in Afghanistan, battles have often been decided less by fighting than by defections. Changing sides, realigning, flipping — whatever one wants to call it — is the Afghan way of war.

Not sure I’d particularise it as the Afghan way of war. But the point emerges clearly. As Fouad Ajami once said, nations cheat. They juggle their identities. They uphold blood ties and kinship when it suits them. They avert their eyes when it suits them. Historical struggles and ancient hatreds can be powerful ideas…until the wind changes.

1) The apparent paradox that identities often matter a great deal–people routinely explain what they do or exhort one another to action via identity claims–but also seem quite flexible has long plagued scholars of international relations. This becomes a good deal less of a problem, though, once we take seriously the fact that people operate with multiple identities that range from the very broad (e.g., religious) to the rather specific (e.g., a warlord’s “man”).

All things being equal, we shouldn’t expect any one of those identities to provide an efficient explanation for anyone’s behavior. Moreover, we should certainly not assume that under “normal” conditions relatively broad, abstract identities are the most salient for individuals at any given moment.

I actually discuss this in The Struggle for Power in Early Modern Europe, both as a way of illustrating relational approaches and because such networks proved extremely important in the European “wars of religion.” Indeed, many nobles joined the Reformed Church in France precisely because their patrons did, and while they fought and died in a struggle over whether Calvinism or Catholicism would predominate in France, a good number might easily have found themselves on the other side if their patrons had chosen to remain Catholics. And much of the potency of the “religious” struggle stemmed from how it mapped onto factional conflicts for control over the French court.

But none of this should be taken to mean that identity is irrelevant in the face of “material interests.” Instead it suggests that we delude ourselves if we think the only identities that matter are religious, national, or ethnic, and that we tend to place too much emphasis on the subjective dimensions of identity and not enough on the politics of identity claims and counterclaims.

Image from The Struggle for Power in Early Modern Europe, published by Princeton University Press, 2009. All relevant copyrights apply.