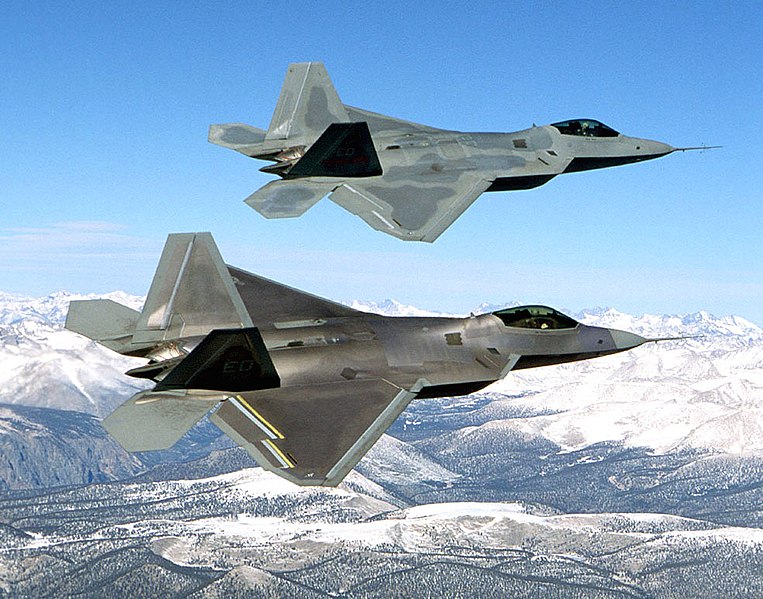 Today the Senate voted to cap the Air Force’s purchases of the F-22 at 187 planes by stripping the funding for further purchases of the plane from the Defense budget. This is a very significant vote for several reasons:

1. Its a big political win for the President. Obama threatened to veto a defense bill. That just Does Not Happen–no one vetoes money for DoD.

2. This is the first major cut to a major weapons system in recent memory. The military industrial complex is mighty powerful, and a vast range of interests lined up to defend the F-22, led by its manufacturer and the congressional delegations of many of the states where significant parts of the plane are made. Leading supporter of the F-22 in the Senate? Saxbe Chambliss, R-GA. The F-22 is assembled in Georgia. The final vote tally shows bi-partisan support for killing the plane. It also shows bi-partisan support for keeping the plane. This spending is all about pork, and little about ideology.

3. It is a major victory for the prospect of restoring some sanity to the defense budget. As Spencer Ackerman points out, lose here and Gates and Obama have no chance to reign in the defense budget. The win here brings the Defense budget back to reality (if only a little bit, but its a start). Gates powerfully made the point that DoD needs that money more urgently elsewhere. Lest we forget, there are still 2 wars going on, with troops who need stuff to fight those wars. The F-22 has yet to see any role in either Afghanistan or Iraq.

4. It offers some hope to procurement reform at DoD. Much of the modern military–both operationally and administratively–is organized around the purchase of major weapons systems. This works if you have a great weapons system, but is incredibly inefficient, wasteful, and leaves you with the Army you’ve got– pace Rumsfeld, not the one you wish you had. One of the reasons we don’t have the military we wish we had is all of the support, doctrinally, institutionally, culturally, and financially for these weapons systems. The fighter jocks of the Air Force really want the F-22. They have resisted UAVs like Predator and Reaper and ugly Close Air Support planes like the A-10. And yet, these have been among the most useful and most in demand throughout the wars we’re actually fighting. The F-22? Not so much.

5. Gates went to the mattress on this one, with the full support of the President, and he won. He’s going to be in a commanding position to institute further reforms at the Pentagon. Its rather ironic, don’t ya think, just a little ironic, I really do think, that Rumsfeld came in determined to reform the Pentagon, and, arguably, left much of it in worse shape than when he arrived while Gates, called in to clean up the mess, so to speak, and then retained by an administration of a different political party which ran in opposition to the war Gates, as SecDef, was overseeing, manages to gain the bureaucratic and political strength to make reforms where it matters. The money. All about the Benjamins, that.

So, yeah, a big deal today in the Senate.

Dr. Peter Howard focuses on US foreign policy and international security. He studies how the implementation of foreign policy programs produces rule-based regional security regimes, conducting research in Estonia on NATO Expansion and US Military Exchange programs and South Korea on nuclear negotiations with North Korea.