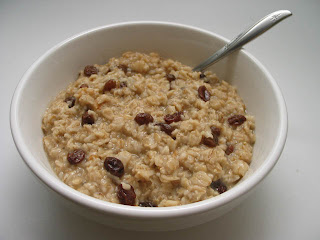 Following on Charli’s excellent post about the Olympics, I thought I’d add my two cents.
If you live outside of North America, (okay, and Scandinavia) you probably didn’t know. The fact is the international coverage seems to be lacking, at least if my experience in London is to be judged by. Here, the Six Nations Rugby Tournament is getting far more coverage. Not to mention the Football/Soccer.

I have been trying to figure out why this might be the case. It may be, as has been suggested before, that the Winter Olympics are quite simply the “rich people’s games”. Virtually all of the sports, skating, skiing, skeleton, etc – all of these require vast amounts of money, years of training and expensive equipment. Compare this to the summer games: track and field (with pretty much any high school in the developed world possessing the equipment to at least get you started), baseball (needed: one bat, one ball, one glove), volleyball (needed: one ball), etc. Even “expensive” summer sports (like tennis) can be entered into relatively cheaply. Growing up on the (not so mean streets) of my home town suburbia, I used to play tennis with the neighbours in the street. And we lived on a hill.

Skiing, however, was out my family’s financial reach when I was growing up. To this day I still can’t ski and I really couldn’t care less about the sport.*

So bizzaro sports (seriously – can anyone actually explain skeleton? Why are there always cow bells?) for rich white people may be one cause of a lack of interest.
But geography has to play a key role here. There is a very limited number of countries which could host a Winter Olympics. You need adequate ski slopes, cold weather and snow (something of a problem this year, from what I understand). Plus, I’m guessing that if you’re from Africa or, say, the subcontinent, this isn’t the Olympics for you – expensive sports in climates that don’t exist within miles of your national borders.
Finally, I can’t help but wondering if it is just that Canada is boring. I mean, the lead up to Beijing was HUGE. The BBC ran daily leading stories on it for months. The games were seen as symbolic in all kinds of ways. China taking another step as a major global power. The crackdown on dissidents. The fact that a major earthquake happened just a few weeks before. I could go on.
In other words, the Beijing Olympics were interesting because China was interesting. And the Canadian Olympics? They’re boring because Canada is boring. Other than native protestors, there really hasn’t been much hoopla (and those protests haven’t received much coverage internationally). It may be the story behind the games which really captures our imagination.
So that’s why I dub these the “Oatmeal Games” – might be good for you and wholesome, but not exactly interesting. The breakfast food of the middle classes – when, let’s face it, we’d all rather be digging into some Lucky Charms.
*I did try to learn once in French. Let’s just say I got a lot of practice screaming “au secours!”

Stephanie Carvin is an Associate Professor of International Relations at the Norman Paterson School of International Affairs. Her research interests are in the area of international law, security, terrorism and technology. Currently, she is teaching in the areas of critical infrastructure protection, technology and warfare and foreign policy.

Stephanie holds a PhD from the London School of Economics and published her thesis as Prisoners of America’s Wars: From the Early Republic to Guantanamo (Columbia/Hurst, 2010). Her most recent book is Science, Law, Liberalism and the American Way of Warfare: The Quest for Humanity in Conflict” (Cambridge, 2015) co-authored with Michael J. Williams. In 2009 Carvin was a Visiting Scholar at George Washington University Law School and worked as a consultant to the US Department of Defense Law of War Working Group. From 2012-2015, she was an analyst with the Government of Canada focusing on national security issues.
Stacie Goddard