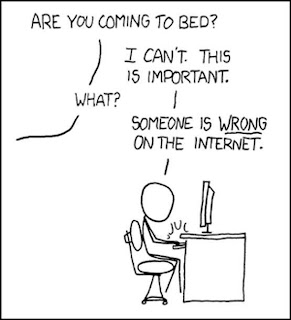 My colleague, Ben O’Loughlin at Royal Holloway, has written a blog post on the potential consequences of states in the West, particularly the US and UK, increasingly relying on informal social networking of its citizens to promote foreign policy priorities. This would be a move away from the kind of ham-fisted attempts at public diplomacy seen in the wake of 9/11 aimed at getting Arab states to “like” the west to allowing every day citizens to debate the international issues of the day.

Thus, “The War on Terror” becomes the “The Long Change” – or changing people’s minds.
However, Ben points out several potentially huge flaws in this idea:

What is new is that this public diplomacy can be done by publics themselves through social media. The clumsy strategic communication officers of the state can stand back. This approach assumes that communication and connection between people across borders through social media can have a liberal, pluralizing effect. But its not clear why people would engage in patient, deliberative, possibly multilingual conversation with people in other countries about controversial political issues. Anyone familiar with the ‘under the line’ discussions on news websites will see how quickly and often the conversation becomes a hostile dialogue of the deaf.
So, perversely, publics must be taught how to be spontaneously deliberative. Forums for ‘global conversations’ will be created, along the lines of the BBC’s Have Your Say online spaces. These will form the ideal of what public-to-public diplomacy is about, for emulation by progressive media around the world. Unacceptable opinions or styles of participation will be moderated out. The mechanism for the long change is us, or what has been called in recent years ‘the power of we’ and ‘we the media’. But any global ‘we’ will have to be carefully constructed and edited.

It is stating the obvious to note that foreign policy issues are already being debated on the internet by both states and citizens. (The fact that the Israeli MFA actually bothered to tweet me on my Flotilla post brought that fact home to me in a big and scary way.) And I admit that I was impressed last year with the global online support for the Iranian protesters in the wake of the election there – although I do wonder if this constitutes debate? It was interesting that Obama intervened and asked that Twitter delay a service update in order to facilitate the Iranians protesting. Ben does not touch on these issues in his post. But the larger point to what he is getting to is whether such movements (particularly the one aimed at Iran) can be harnessed by states in ways that (cheaply!) support their foreign policy priorities.
I share Ben’s scepticism. However, where he seems to be concerned that “The Long Change, should it come to pass, implicates social media – and us as users and citizens – directly into international affairs in ways that require very careful scrutiny” I confess that I am more concerned over the idea that foreign policy could be constructively debated between “Beiberfan4Lyfe16” and “jiHHHAdiKilla”.
*picture from xkcd. I’m a huge nerd.