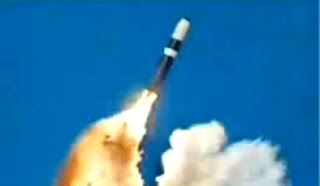 Rob Farley notes the existence of long-standing conservative opposition to arms control. While the hacks at the Heritage Foundation lost this battle, Rob argues, their influence on Republican international thought is waxing rather than waning. Thus, more of opposition to New START was principled than many observers recognize, and this bodes ill for future arms control.

The New START debate over the last month has been held largely under the assumption that the treaty would die if it wasn’t ratified during the lame duck session. I suspect that this assumption is accurate. Moreover, the two most important potential GOP presidential candidates have “authored” op-eds that are essentially collections of Heritage Foundation talking points. Finally, the GOPsters who supported the treaty are mostly (although not all) old and outside of the GOP mainstream.

I’m afraid that I have to concur with Mary Beth Sheridan’s account; Heritage failed, but demonstrated its strength within the GOP caucus. The anti-arms control faction of the GOP was much more careful and serious about developing a network of institutional support than the pro-arms control faction, and at this point the latter is on life support.

This much is certainly true:

But that does not imply much about the long-term influence of anti-arms control elements in the GOP because, at heart, much of the opposition to New START was driven by both a desire to deny Obama “victories” and by GOP partisan cueing. New START would have been relatively uncontroversial if it had been negotiated by a Republican president. Some hard-core anti-arms control conservatives would have pumped out the same dire warnings, but with far less traction among Republican politicians and voters.

I can’t prove any of this, of course. By the same token, however, we don’t (yet) have strong evidence of an upsurge in the influence of foreign-policy hardliners among the GOP.  We’ve certainly seen a resurgence of fringe right-wing beliefs among some GOP activists, but it remains a long road from that observation to declaring victory for anti-arms control conservativism.

On the other hand, a variety of other factors will likely to preclude significant progress on arms control. For example, there’s no evidence of an improved climate for CTBT from that of the 1990s–irrespective of partisan cueing or changes within the GOP. The Russians, for their part, have little incentive to negotiate further reductions in nuclear arsenals–they depend too heavily on nuclear weapons to compensate for their conventional weaknesses and reductions below 1500 warheads start implicating their deterrence posture with respect to China. And Beijing has displayed no interest in limitations on its own capabilities, which, in the nuclear arena, are still relatively modest.

In short, it simply won’t matter very much whether the GOP is a bit more or less favorably disposed to major arms-control initiatives.

[Image: a test-firing of a Bulava SLBM. Source.]