Violent Rhetoric, Rhetorical Violence, and all that 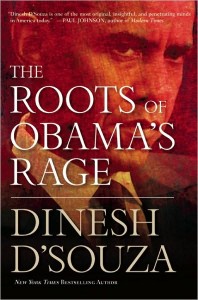 If you haven’t noticed, there’s a debate going on about the relationship between rhetoric and violence (meta). I basically agree with Henry Farrell’s take:

First, of course there’s &$^!!$@* relationship between rhetoric and violence! It doesn’t take a great deal of study of organized political violence to figure this one out. The parameters of debate here are actually quite narrow: whether overheated rhetoric in a generally peaceful environment leads some individuals to commit acts of violence that they otherwise would have eschewed.*

Second, I find this debate somewhat beside the point. The real issue, in my opinion, concerns cynicism and hypocrisy.

Mainstream right-wing voices have spent the last two years building the case that President Obama is an Islamo-Marxist intent on imposing Sharia law, confiscating property, nationalizing the health care system, giving U.S. territory back to the Native Americans, abetting terrorism, and otherwise destroying the entire foundation of the American Republic. Republican elected officials and candidates for high political office have explicitly (or all but) argued that if the political process fails to roll back key Obama initiatives then political violence is an appropriate response. 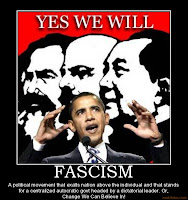 If they believe this crap, it shouldn’t matter whether Jared Lee Loughner was a left-wing anarchist,** a Tea Party stalwart, or (as seems most likely) so disturbed as to hold beliefs that transcend such simplistic (and coherent) categorizations. They might disagree with Loughner’s reasons for action, but they’re on extremely thin ice when it comes to condemning his chosen method of pursuing political change.

What their condemnations prove, I think, is that most of the political elites spewing their nonsense don’t believe a word of it. After all, the Republican House of Representatives isn’t going to be rolling back any of Obama’s key policy achievements any time soon. And even if they miraculously did, we’d still be stuck with a Senate and Executive controlled by sinister agents doing everything in their power to drag America down the road of Islamo-fascist-communist-gay tyranny. If I accepted this worldview, I certainly wouldn’t place my faith in John Boehner to defend the nation. Would you?

So, no, Sarah Palin, Michelle Bachmann, the extreme right-wing blogsphere, and rest of the usual suspects aren’t culpable for the death of a nine-year old girl in Arizona. And yes, elements of left shouldn’t accuse them of culpability. They aren’t accessories to murder; they’re just hypocritical weasels.

*In fact, the majority of this debate covers even more limited ground, insofar as it excludes (1) violence against property and (2) threats of violence designed to intimate politicians and their supporters.
**That link, by the way, provides a wonderful example of the “No True Scotsman” fallacy: among other things, if Loughner was an anti-Semite then he couldn’t have been a Tea Party supporter. Sigh.