Blegging: Did no one complain about the Soviet Use of landmines in Afghanistan from 1979-1989? 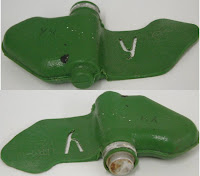 I am trying to find examples of humanitarian organizations that spoke out against the use of landmines by the Soviet Union during its invasion of Afghanistan from 1979-1989.

Landmines were big as one of the weapons issues put up for debate in the late 1960s and early 1970s by the UN General Assembly. The first specific legislation against them was Additional Protocol II to the 1980 Convention on Conventional Weapons. (A regulatory treaty as opposed to a banning treaty.)

Even if the original APII was pretty weak (it was amended in 1996 which greatly strengthened it) there is no question that the Soviet Union, who ratified the CCW in 1982, was violating the crap out of it. In particular the “butterfly landmines” it used were particularly horrendous.

However, until the series of reports by the UN Human Rights Committee from 1985-1990, I cannot find any evidence that humanitarian organization spoke out about the landmine issue until the 1990s. I have a couple of guesses as to why this would be the case (one being the fact that the ICRC was kicked out of Afghanistan in 1980, allowed to resume limited operations in 1987 but then kicked out again until the end of the war. This would obviously make it hard to monitor the situation.)

Yet, while speaking out about the sue of these weapons, the Human Rights Committee report does not invoke the 1980 CCW?  Did no one else speak up about the treaty (or landlines, or incendiary weapons, etc)?

Edit: There seems to be a certain amount of news coverage of the weapons issue in Afghanistan, but the NGO response still seems underwhelming. MSF held a press conference in 1982, but it isn’t until around 1988 that we start to see NGOs (like the ICRC) really highlighting the problem in the press.) Additionally, it seems that in 1986 a UN official actually tried to cut out some of the criticism in the Human Rights Committee report – allegations of the use of chemical weapons, for example – that made the Soviets look really bad.