In Praise of Straw Men

How many times have you been accused of making a straw man argument?  How many times have you deployed that rhetorical trump card against a foe?  In blogs, in debates, in academic conference rooms, the straw man charge is a tried and true way of undermining an opponent and advancing your own position.  To accept the claim that, yes, my argument is a straw man, is to admit defeat.

However, I come not to burn straw men, but to praise them.

To begin, I exclude outright distortions and lies about an argument.  Those should be called what they are—and merit dismissal.  Straw men are made of subtler stuff and useful.

At their best, they represent a paragon of social science–nothing less than a Weberian “ideal type.” As Max Weber argues, ideal types simplify complex realities. They help us see arguments in their purest form.  They make it possible to think abstractly.  And they are the backbone of theory development.

No one believes that ideal types really exist.  Everyone recognizes that the world is far messier.   But by their very artificiality, ideal types enhance understanding and advance debate.  Most important, they help us distinguish among arguments and ideas.  And here is where they blend into what is too glibly dismissed as “straw men.”

Every argument, every theory plays off others before it.  To accomplish this efficiently—that is, without repeating the entire previous argument in all its self-protecting nuance—one must build a negative ideal type, a straw man!  Drawing sharp distinctions facilitates scientific progress.  How else can you test a theory and verify its core ideas?  Even everyday debates benefit from the clarity provided by a straw man.

By contrast, muddy formulations are useless for advancing understanding.  Yet, sadly, ectoplasmic arguments are everywhere.  All too often in this age of instant books and blogs, they stem from sloppy thinking and rushed writing (never on Duck of Minerva, however!).  More troublingly, particularly in academia, they derive from fear—from the proponent’s dread of being proven wrong.  With enough stipulations, caveats, weasel words, hifalutin’ jargon, and impenetrable abstractions, one can avoid the unpleasantness entirely.

Flimsy as they seem, straw men stand tall against such cant–assuming you can even determine what your opponent’s argument is!  No doubt reality is messy.  No doubt straw men ignore subtleties in an argument.  No doubt some straw men are “unfair,” especially to the arcane.  But the benefits far outweigh the costs.

So the next time someone tries to deflate your point as a straw man, fight back! Proudly declare the virtues of your scarecrow.  Point out that you accurately reflect the kernel of your foe’s position inside its couched and cowardly integument.

But do more.  Stress the virtues of clear argument and strong opinion.  Hail the straw men!  Max Weber, rapier at hand, is on your side. 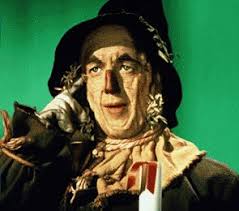