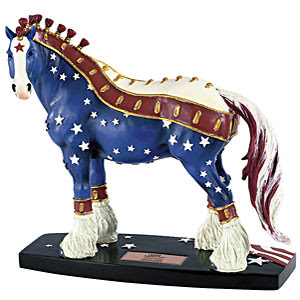 Politics is always somewhat gross, but there seems to be an abundance of stories lately that make me queasy. In the tradition of saying to your friends, “You have got to try this; it’s so disgusting” or to your wife, “I think this milk is going bad; taste it,” I share them with you, my online friends (or if you like, wives).

Budweiser wrapping itself in the flag: This ad shows a split screen of an American soldier coming home and a family getting ready to throw him a homecoming party. There is, of course, an Official Bear of the Homecoming Party and it is not Coors. I have always hated ads that try to pull my heartstrings to buy some product. There is a special place in hell for the ad execs who guilt people to buy life insurance by showing pictures of kids playing on the beach to sentimental music. Should we buy life insurance? Yes. Do we want our kids to go destitute if we die early? Obviously not. Do they really give a crap about my family? No. Would I punch you, said ad exec, in the face if I ever met you? Absolutely. Am I irritated by people who use rhetorical questions to make a point dramatically? Yes.

I am growing tired of this marriage of capitalism and patriotism spawned by 9/11. Not every NFL game needs a fighter jet flyover. It is not an anti-machismo thing. I like football. And I am bowled over by the courage of the guys who fight, even for things I don’t support. But people should not be making money off of them under the pretense of thanking them. A law to this effect shouldn’t be necessary. It should be obvious to anyone with a shred of self-respect and shame. I personally attribute it to Reagan, who put that chocolate and peanut butter together. Good politics. Very icky.

Nicholas Kristof, International Agent: I appreciate the light that this New York Times columnist sheds on women’s issues, child prostitution and sex trafficking in particular. I really do. But he is always the hero of his own story. This time he sweeps in with Indian police to a brothel with underage girls that he notified the police about. Do I admire that? Yes. Do I wish he could just tell it in third person and leave himself out so as to focus on the real story? Absolutely.

Anne Sinclair, wife of Dominique Strauss-Kahn: I’m a bit late out of the box on this one. But according to the New York Times: “Asked in 2006 by L’Express if she suffered from his reputation as a womanizer, she said: “No! I’m even proud of it. It’s important to seduce, for a politician. As long as he is still attracted to me, and I to him, it is sufficient.”” Ew. If a woman essentially gives a green light to her husband’s infidelity, that is going to be a problem. Still, I want to know — has this whole method of showing up naked in front of a stranger ever really worked? Because I just can’t imagine that. Is this like the reverse of the pizza delivery guy thing in X-rated movies? In my experience, women are not instantly sexually aroused merely by the sight of the nude male form. Maybe it is just my form. Irrespective of whether he sexually assaulted this poor woman, which the courts will decide, it does seem that he decided to make a play in this particular fashion. I am guessing this is not the first time and that it actually has worked for him in the past. Double ew.