Stuff political scientists like #4, political psychology edition — calling you stupid, but not to your face 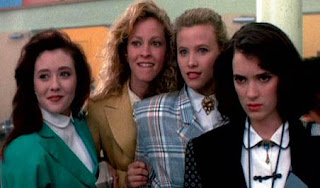 Lest I be accused of shielding myself from satire…..

Political psychologists are a kind of political scientist. Or maybe they are a kind of psychologist. In truth, no one really gets to know them very well. That is because political psychologists think everyone is stupid.
Political psychologists think you have never made a good decision in your life. For instance, if 600 people are going to die of a terrible disease and you are given a choice between a health program that will 1) surely kill 400 and save the rest or 2) will have a one third probability of saving 600 people but 2/3 of killing everyone, you will prefer the first. You don’t think very hard, do you? Those are the same. But if you have a third option of surely killing 400 people you will choose both #1 or #2 over #3. It’s the same, too, moron. Political psychologists explain that people are risk-averse in the domain of gains. They have never been to Vegas.
It is not your fault though, political psychologists will tell you. Your brain is simply too small to handle the complex calculations that occur in even day-to-day life. Instead you rely on “cognitive shortcuts,” which is another way of saying that you don’t try very hard. You are lazy as well as being stupid.

Political psychologists also enjoy figuring out why you are such a fascist. What the rest of the world calls being conservative, political psychologists call “right-wing authoritarianism” or “social dominance orientation.” They have devoted years to investigating the root causes of these pathologies. You are uncomfortable with uncertainty and ambiguity. You have a need for cognitive closure. You don’t trust others. You are greedy. Liberals are free of these symptoms and deserve no study. Never knowing what you think, being hopelessly naïve and giving your kid’s inheritance to the kids selling candy bars door-to-door need no explanation.