Stuff Political Scientists (Don’t) Like #13, Holiday Edition — Explaining Themselves to Loved Ones 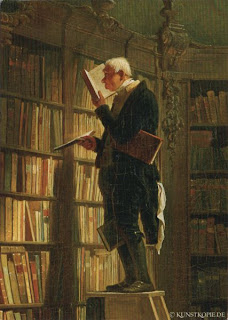 Even political scientists have families. And during the holidays they are occasionally forced to talk to them. Not their spouses and children, who have already given up on them, but extended families, like aunts, uncles, etc. This puts political scientists in the awkward position of trying to explain just what on earth it is they actually do.

People get the wrong idea, however, when political scientists appear on the network news in their natural environment, a room shelved with what looks like two dozen complete series of the Encyclopedia Britannica. Political scientists feel very comfortable amongst reference books. Here they are asked to lend gravitas to already established and self-evident facts. Did you know that Newt Gingrich’s recent decline in polls suggests that he might have difficulty securing the Republican nomination? That the situation in Iraq will become more uncertain with the departure of U.S. troops? Some guy in a library told me so! This gives the impression that political scientists follow or care about politics, when in fact they just want to be on TV.

Political scientists are smart enough to know that politics does not matter. They are the keepers of the secrets, the underlying generalizable forces that truly explain the events of our time. Will Burma democratize? Well what is its GDP? Will Iran develop the nuclear weapon? Well what is the size of its selectorate? This makes them terrible at small talk. So if there is a political scientist in your family, stick to sports this holiday season. How about that Tim Tebow?