Addendum: The Use of History in IR and the Causes of World War II

2012-01-05 / Josh Busby
So, in my last post, I critiqued Rosasto and Schuessler’s realist take on the causes of World War II, repeating the IR conventional wisdom of liberal internationalism (that it was reparations and beggar-thy-neighbor policies that worsened the Depression and created the conditions for the rise of Hitler). I ran that interpretation by one of my colleagues at the LBJ School, Frank Gavin, a historian who knows this literature much better than me but also one who has engaged the IR literature quite extensively. 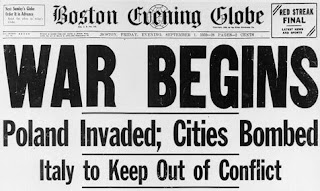 I wanted to quote his email to me at length about how historians now understand WWII, which may be conventional wisdom in  IR among those who follow the issue closely, but I’m not sure. It certainly hadn’t permeated the readings I was assigned in grad school a decade ago.

Frank’s intent was not so much picking one or another historical interpretation, as suggesting a greater, mutually beneficial dialogue between historians and IR specialists. I think what emerges from this discussion is that any particular -isms centric perspective on the causes of World War II may do violence to the complexity of the historical record. It raises questions about how to do theoretically informed work that necessarily simplifies a complex reality without reifying erroneous tropes about the past that then get locked in and passed down to IR scholars in ever simpler form as conventional wisdom.

Here is what Frank wrote:

The LI interpretation of WWII is no longer conventional wisdom among historians. This is an interesting area where archives are important. Take Germany in the 1920s — it used to be thought that Gustav Stresseman was the “Monet” of the interwar period, reflecting the more peaceful side of politics in Germany, and that they economic decline turned the populace against those types. Well, when his papers were opened, it turned out he strongly supported Germany acquiring all nearby German speaking territories — which had been allocated by Versailles to Poland, France, and Czechoslovakia — once German strength returned. In fact, great historical work by Schukur, McDougall, Maier, and Trachtenberg demonstrated that the reparations/Ruhr crisis was the German challenge to Versailles, that the US and UK failed to full back the Frenc, the Germans “won,” and Versailles was more or less dead by 1924.

War was likely just a matter of time at that point, though this is not to deny the particularly virulent, bizarre, racialist war Hitler pursued. The same goes with beggar thy neighbor policies — due to the great work of Barry Eichengreen, no one really believes that story any more. In fact, those economies that devalued quickly did much better, while those who pursued restrictive monetary policies to maintain parity and stay on gold, did much worse. As as Trachtenberg shows, the reparation question was more a political issue — a “willingness” to pay (and a willingness of others to enforce), rather than a “capacity” to pay (it is interesting to compare the huge reparations the French were forced to pay Germany in the aftermath of the Franco-Prussion War).

Finally, the standard LI interpretation does not explain why the Depression made one authoritarian dictatorship — Germany — aggressive, while another — the Soviet Union — remained passive abroad, at least until attacked. So here again is another area where the traditional IR interpretation may be a few decades behind the historical one, or at least an important interpretive strand. I wonder too whether the LI interpretation has wrestled with Adam Tooze’s “Wages of Destruction: The Making and Breaking of the Nazi Economy,” one of the most important books of international history produced in years; Tooze argues that Germany was, in many ways, responding to the threat ofAmerica’s geopolitical rise during the interwar years.