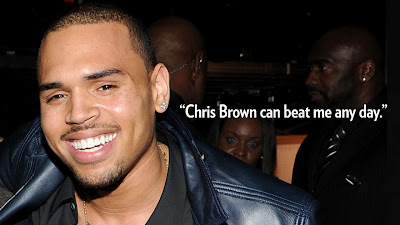 This Sunday the 2012 Grammy Awards attracted more attention than normal due to the untimely passing of Whitney Houston on the eve of the awards show.
During the Sunday night event, numerous artists dedicated their award to Houston or mentioned her amazing talents and the loss her death will mean to the industry.
Interestingly, running counter to this somber dedication theme of the evening was a notable counter story: the ordained comeback of Chris Brown’s career. Chris Brown was made infamous in 2009 when he was charged with beating his then girlfriend Rihanna. Images of a brutalized Rihanna surfaced across the web and Brown’s skyrocketing career was effectively snuffed out with big names in the business like Jay-Z and Kanye refusing to associate with the artist.
But that was 2009 and this is 2012. Since the incident Brown has had a subsequent album that rose to the top of the charts. He’s back in favor with key R&B players, and is largely viewed as one of R&B’s sexiest males (Glamour.com nominated him the hottest male solo artist in 2010).
The 360 turn-around for Brown culminated at the Grammys on Sunday, where he performed alongside the other industry top-players, and won for best R&B album.
There are several troubling aspects of these counter-themes to Grammys.
First, that a man who was publicly associated with domestic abuse would be so generously celebrated at the same awards show that made tribute to Whitney Houston, a woman who herself suffered a public battle with domestic abuse from her former husband Bobby Brown.
Second, the music industry’s general amnesia or hypocritical acceptance of an artist it chose to shun just three years ago- what about all the hype in 2009 about sending a message about violence and respecting women?
Finally, what’s most concerning has been some of the unexpected responses to, and defense of, Chris Brown’s return- including a surge in women not only supporting him, but also sending tweets about their desire to ‘be beaten’ by him (see the following summary of tweets if you want to be completely dismayed).
What does this all mean about the state of domestic abuse generally, and the music industry and its promotion of womanizing, degrading, and violent lyrics and artists? Does no one connect Houston’s drug abuse to her experience of domestic abuse and her tumultuous private life? I don’t look to awards shows to stand as moral beacons, but I do think it is worth considering these counter Grammy narratives as a signal of the state of popular culture and gender relations at the moment.