Friday Anti-Nerd Blogging: For Those About to Teach! 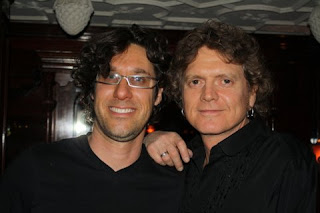 This is me with Rick Allen, the drummer for Def Leppard who lost his arm in the 1980s but retooled his drum kit and life to adjust to his injury. He now runs the Raven Drum Foundation, which focuses on helping veterans with PTSD and other mental and physical injuries heal as they return home. Through drumming. Pounding the hell out of something and not someone seems like a brilliant idea. It inspired me to write a post on the virtues of heavy metal. And it makes me look cool to people who like “Pour Some Sugar on Me,” which I am sure is a huge part of the clientele of this blog. That’s right, mother*&ers.  I roll with some serious ballers out here in LA. Well actually one of my student’s spouse works for Rick and I have just me him this once. But Tommy Lee and I are tight. Jesus, I need a hair cut. I look just like….Rick Allen.

I have said many times that I am not a nerd, and I have other ways of using pop culture to bring my points home. Rather than science fiction or fantasy, I propose using heavy metal, although I suppose that one could argue that heavy metal IS fantasy. But I am not talking about that crap – that hair metal bullshit. I am talking about real metal. Consider the utility of Iron Maiden.

If you want to give a lecture on how Britain overcame the odds through technological innovation in WWII by developing Spitfires to counter German bombers, go with “Aces High.” 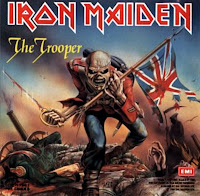 There goes the siren that warns of the air raid,
Then comes the sound of the guns sending flak.
Out for the scramble we’ve got to get airborne,
Got to get up for the coming attack.

Jump in the cockpit and start up the engines,
Remove all the wheelblocks there’s no time to waste.
Gathering speed as we head down the runway,
Got to get airborne before it’s too late.

Bandits at 8 O’clock move in behind us,
Ten ME-109’s out of the sun.
Ascending and turning our spitfires to face them,
Heading straight for them I press down my guns. 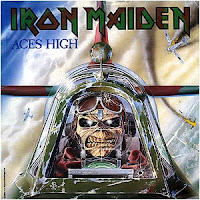 Or how about the futility of trench warfare in WWI? The Trooper.

Dangers of nuclear holocaust
Do unto others as they have done to you
But what the hell is this world coming to?
Blow the universe into nothingness
Nuclear warfare shall lay us to rest

We all shall die

Metallica is also good for the construction of enemy images.  Consider “Disposable Heroes.”

Soldier boy, made of clay
Now an empty shell
Twenty one, only son
but he served us well
Bred to kill, not to care
Do just as we say
Finished here, Greeting Death
He’s yours to take away

Leave it to Black Sabbath, good working class boys, to point out how war’s burden is borne disproportionately by the masses, not the elites, in a Marxist/rationalist fashion. The classic, “War Pigs.”

Poisoning their brainwashed minds Oh lord yeah!
Politicians hide themselves away
They only started the war
Why should they go out to fight?
They leave that role to the poor

Metal speaks to real phenomenon. It does more than use fantasy characters and scenarios as analogies for real life. In short, Harry Potter is for pussies. That’s right, Nexon. I said it. What are you going to do about it?