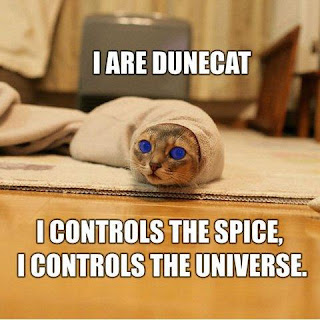 I’m out of town, so this is the best I can do. And since one post with Dunecat isn’t enough….