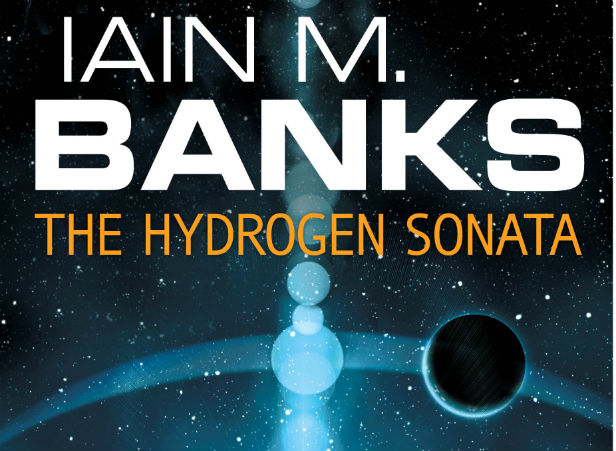 The Hydrogen Sonata is set in the Culture universe, a future universe in which time, space, and human nature are both recognisable and strangely different. As Banks has repeatedly confirmed in interviews, it is a utopia: a post-scarcity universe, where life is no work and all play (one of the space ships is actually called Beats Working), where sentient Minds more or less run the show, and in which death has all but been defeated. Granted, it is still a place of intrigues, manipulations and dirty politics- and these are regularly accompanied by outbursts of irregular violence. Yet both humanoids and sentient machines have developed pretty efficient strategies of danger management, through their ability to upload and download their mind-states whenever necessary, and to use real-like avatars to perform as mind-body doubles. As a consequence, death is rare, and life generally very tolerable for the ships and people of the Culture and the civilisations they engage with.

Like dystopias, utopias allow us to reflect on ourselves and our role in history. They usually do so in two ways: by making us think about what would happen if circumstances were different, and by questioning the very nature of human existence. Banks does a bit of both. On the one hand he presents possible scenarios on what a post-scarcity way of living might look like (particularly in the context of spaceflight-based civilisations), and how human life might evolve in the context of sentient AI systems. On the other he explores our relations with our physical body (what would be the implications of being able to change gender, or grow limbs, on demand?) and our mind (if we were to ‘upload’ our mind-state into a computer, would that still be ‘us’?). In all of this, Banks seems to enjoy combining ethical reflection with irony, resulting in fascinating encounters (amongst others with the Gzilt artist Ximenyr, who has mounted his body with fifty-three penises) and complex puzzles (do you tell an entire culture, at the point of transferring into a sublime state of being, that their civilisation may be based on a lie?).

Three particular themes stand out when reading The Hydrogen Sonata as a utopian narrative. The first is that whatever happens, politics seem to be an inevitable feature of human life. Second, that however advanced technology may become, nothing beats human communication. Third, that purpose is essential.

Political conflict acquires a peculiar form in The Hydrogen Sonata. While the book centres around plotlines of political confrontation between nations (between the Culture and Gzilt, in particular) and groups, and in several occasions violence occurs, the confrontation never reaches levels comparable to full-blown war. If politics is about interests, the stakes do not seem to be particularly high. Of course, the sublimation of the Gzilt produces some incentive to capture their abandoned properties. Moreover, the possibility of their Book of Truth being a forgery may or may not halt the process of sublimation. However, that wouldn’t preclude the Gzilt to do so on another occasion. In the end, political conflict seems to emanate from egos and petty ambitions rather than from insurmountable conflicting interests, and does not produce clear winners and only very few losers. Instead, what seems to be more prominently at play is the ‘other’s mind’ problem: how do you know what the competition is striving for?. Minds as well as most humanoids keep their true intentions to themselves, and are, despite their advanced communication skills, unable to gauge their opponent’s motives correctly. Their interactions take the form of a slow and unprepared dance, guided by uncertain inferences about the other’s motive while trying to define the next step. As a consequence, wrong moves, misunderstandings, and violent encounters abound, but rarely escalate into epic, insurmountable conflict. The Hydrogen Sonata seems therefore to suggest that our way ahead should not to pursue the eradication of violence, but rather to leave political conflict intact- except that we bring down the stakes. The utopia of the Culture is not about finding everlasting peace and love, but rather about transforming the logic of tragic conflict into a comedy of errors.

The second theme that emerges from reading The Hydrogen Sonata as a utopia is communication. As in most of the other Culture novels, communication between humanoids seems to be of less relevance than the interaction between humanoids and machines. But in The Hydrogen Sonata communication between the Mind-ships themselves is heavily foregrounded and makes for some of the most enjoyable parts of the novel. It also raises some interesting questions of what communication in an ideal universe would look like. Usually, when we think about ‘ideal communication’ we do so in terms of speed, efficiency and clarity. And true enough, the Minds can communicate incredibly much faster than humanoids, and have to force themselves to slow down when talking to them. Yet their way of speaking can hardly be characterised as hyper-efficient or clear: it is full of irony, ambivalence and creative twists. As understandable as this may be when it comes to their interaction with humanoids (who are of course much more limited in their communicative skills), things become more complicated when they talk among themselves. The Minds do not converse in a Culture-equivalent of digital computer language that is binary and unequivocal- instead, they extensively use metaphors, abound in vague and double meanings, and take time for idle and ironical chatter (‘Yeah, that’s us: first among the Altruists; the emperors of nice. We’re not competitive about it, but- if we were- by fuck we’d be the best’, the Mind-ship Caconym comments. ‘Most amusing’, the Pressure Drop replies). This duality goes down to the level of language itself. As Banks himself states elsewhere, Marain, the language of the Culture, has been designed to be ‘quintessentially clear, concise and unambiguous’- yet simultaneously it caters to needs of the Minds for ‘unnecessary obfuscation, wilful contrariness and the fluent generation of utter and profound confusion.’ What makes communication utopian in The Hydrogen Sonata is therefore neither efficiency nor pure aesthetics. Rather, it lies in opening up a space for play in the context of directionality. The ships communicate in the same way they like to ‘dance’: not through cold rationality, but in a way that is somehow aesthetically pleasing, and simultaneously not devoid of a sense of purpose.

Purpose is a theme that runs promimently through most of the Culture-novels but which is being worked out in specific directions in The Hydrogen Sonata. Banks locates the question of purpose (what do you do when time is abundant and you can do whatever you want?) between two extremes: hobbyism and escapism. Hobbyism presents itself through many of the pet projects that characters in the novel have embraced, and which Banks describes with a slightly sardonic pleasure. Most of them are as grandiose as they are saddening. Case in point would be the desert outcrop that the retired drone Hassipura Plyn-Frie transformed (over centuries) into a stunningly beautiful sand landscape- amongst others by rounding off each of the individual sand grains, so that they flow more smoothly. The sheer scale and uselessness of such a project seems to point out that hobbyism makes for a good pass-time but a bad purpose for life. The alternative, subliming, neither seems to be a good response to the question of purpose. There is a clear suggestion that the sublime, whatever it is, is in some ways a nicer place than the Culture universe. However, evidence of this is thin, as few who have ever returned from the sublime were able to communicate what it actually entails- if they were able to communicate at all. Apparently subliming is an act of transformation- a way of avoiding the problem of purpose by changing who we are altogether. Once again, Banks refuses to take sides between these two extremes, and locates his utopia in the middle ground between them. What remains, then, is the playing out of misunderstandings, conflicts, resolving problems, and creating meaningful relations in the process- creating meaning in the context of absence of higher purpose altogether. It is like the mastering of a sonata that is almost impossible to play yet could be played by a Mind instantly. That’s not sad – The Hydrogen Sonata is, after all, set in a utopic universe. What else would there be?