Is the Weakness of the Liberal Order Overblown?

Last week, Naazneen Barma, Ely Ratner, and Steven Weber offered “The Mythical Liberal Order,” a provocative update to their earlier article on the world without the West. They sought to puncture certain mythologies about the strength of the liberal order, that it never was a strong as defenders thought: its decline is much exaggerated since there was not much to begin with. Moreover, they seek to offer more convincing and significant evidence that non-Western countries are “routing around” the West through currency swaps and discussion of a new multilateral bank and other actions.

Both that article and their earlier one are part of a liberal order pessimism that captures the current zeitgeist but may look dated in a few years. I’d put in that category Charlie Kupchan’s book No One’s World, Ian Bremmer’s G-Zero world in Every Nation for Itself, and perhaps Kishore Mahbubani’s new book The Great Convergence, if his past writings are any indication [though the first chapter is surprisingly supportive of making the current global order better].

While there is a lot about this piece I like, especially the focus on problem-solving through “coalitions of the relevant,” I wonder if Barma, Ratner, and Weber are underestimating the resilience of the liberal order and created a straw man version of  it as well.

The Liberal Order Straw Man
Here is how they described what the liberal order should look like:

Consider an objective-based definition: a world in which most countries most of the time follow rules that contribute to progressively more collective security, shared economic gains and individual human rights. States would gradually downplay the virtues of relative advantage and self-reliance. Most states would recognize that foreign-policy choices are constrained (to their aggregate benefit) by multilateral institutions, global norms and nonstate actors. They would cede meaningful bits of sovereign authority in exchange for proactive collaboration on universal challenges. And they would accept that economic growth is best pursued through integration, not mercantilism, and is in turn the most reliable source of national capacity, advancement and influence. With those ingredients in place, we would expect to see the gradual, steady evolution of something resembling an “international community” bound by rights and responsibilities to protect core liberal values of individual rights and freedoms.

This strikes me as a utopian version of the liberal order that could never live up to such grandiose expectations. The liberal order is not only supposed to have generated some sort of collective buy-in by states but create support for multilateralism, a preference for absolute gains, and normative convergence. 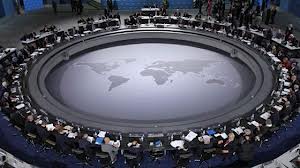 I think a more limited understanding of the liberal order as it is rather than its ideal is the place to start. Here, the liberal order’s stability is based more on behavioral outcomes than motivations. The order works because it has structural properties that bind leaders, including those more interested in national self-interest than mutual gain. The nature of the rules and interlocking interdependencies create checks on self-serving behavior, such that even mercantilist or unilateralist politicians from powerful states will be disciplined for, say, putting in protective tariffs on steel or starting a war without sufficient buy-in from one’s allies.

As Dan Drezner wrote in his review of their piece:

As Barma, Ratner and Weber point out, this was at best a partial order even prior to 2008.  This matters:  a misplaced nostalgia for prior eras of global governance is one reason that so many commentators think that the system is f**ked right now.  Once you realize that the post-1945 liberal order was partial, riddled with exceptions, and also prone to crisis, suddenly the present day doesn’t look so bad in comparison.

Late 20th and early 21st century globalization may have created sufficient interdependence that actions hostile to the current global order or even those parallel to it like “routing” around may be self-defeating, that agency to depart from the current structure comes with a high price. Perhaps states with deep pockets like China or mineral/oil wealth like Russia will be able to bear those costs for a while and in turn re-shape the global order, but it seems premature to argue that they have or even want to.

As Drezner quipped in his response:

Yes, this explains why the publics in the developing world have rejected economic globalization as an economic strategy — oh, wait, I’m sorry, they haven’t done that, nor have their governments.  If anything, the commitment to a liberal economic order has held up remarkable well since 2008.

Too Soon to Suggest “Routing Around” Has Generated Structural Properties
The authors’ biggest problem is trying to read lasting structural changes in the global order off of fragmented, nascent trends. What if these currency swaps, the proposed BRICs bank, and other endeavors don’t amount to much in the end? Barma and company explicitly reject that “routing around” is some “high-concept description of an alternative world order” (62), but they do suggest that like “balancing” behavior, “routing around” reflects an analytically important category of action that states will increasingly adopt as a strategic choice. Or will they?

Overly Pessimistic Take on the Liberal Order?
I also wonder if the sense of pessimism about the current order is premature. Yes, there are many problems in how global governance is functioning in different policy arenas, including trade, the environment, security, you name it. And, some of these like climate change may prove to too big, too complex for us to deal with very successfully. But, for other issues like trade, we’ve been down this road before of extreme pessimism before a later breakthrough. Here is Allan Meltzer writing in 1993 on the apparent failure of the then Uruguay Round:

What ever happened to the Uruguay Round to expand the scope of the General Agreement on Tariffs and Trade?  What started as the major trade initiative of the past decade is now almost dormant. Although negotiations must be completed in less than two months, there has been almost no public discussion of the round for months.

Doha may yet fail and not be superseded by anything better. That said, I would take issue with reading the bad news of the day, on trade, on the U.S. budget impasse, the EU’s financial problems, or failure to deal with crises around the world and use these instances as evidence of permanent dysfunction in either domestic systems or the liberal order.

Security and the Liberal Order
Finally, when it comes to security, Barma, Ratner, and Weber seem to conflate problems of the liberal order with problems of global governance. They find fault with the Security Council’s inability to deal with humanitarian problems in the Congo and the ongoing crisis in Syria. But, those are problems that go beyond the liberal order and to the international system more broadly, which involve a host of states that have yet to embrace democratic governance. 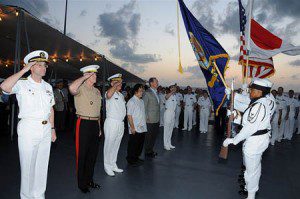 Here, the liberal order is perhaps even more partial than in the economic arena where democracies and non-democracies alike are jockeying for position. I think their point is that with democratization stalled in the Middle East and problems in the U.S. and Europe, democracy itself does not appear to be a potent magnet of attraction.

Again, it is too soon to draw some closure on what recent events like the Arab Spring yet mean for the future of democratization. The aspiration for individuals to have more control over their political life still seems a potent one.Finally, we should remember that the liberal order, partial as it is, goes beyond regime type. Where democracies have consolidated, there are security relationships, like NATO and the U.S.-Japan bilateral alliance, that remain important, though stressed. And, within Europe, even as troubling as the current situation is, war within the West is off the table entirely.

Moreover, as Ratner has written about elsewhere, the Asia pivot by the United States is an effort to undergird the liberal order by what is still the world’s dominant military power. Barma, Ratner, and Weber suggest that multipolarity has come along faster than expected, but in the security sphere, it is too soon to make such a judgment.So, even in the security space, where the liberal order encompasses a narrower slice of states, the democratic and commercial peace among like-minded states remains an important tie that binds.

In short, I like the provocation from “The Mythical Liberal Order” but would caution that the piece may be too gloomy by half.