Despite the geekiness of my previous post today, I had to double dip with this:

END_OF_DOCUMENT_TOKEN_TO_BE_REPLACED

What do Arend Lijphart, John McGarry and Tywin Lannister have in common?  Power-sharing!

END_OF_DOCUMENT_TOKEN_TO_BE_REPLACED 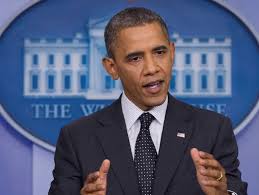 So everyone is bashing Obama’s use of red lines on Syria.  In Sunday’s New York Times, Daniel Byman took the concept of red lines to task because failure to act on them weakens America’s credibility and reputation:

…when deterrence fails, the United States looks weak and indecisive…. Moreover, not acting after issuing ultimatums harms America’s reputation.  As Mr. Rogers and others have argued, inaction makes it more likely that American red lines elsewhere in the region will be questioned, especially in Iran, which is facing pressure on its nuclear weapons program and watching Syria closely.

But here is the question:   Does the United States really look weak and indecisive if it fails to follow through on a bluff?   The United States uses force at a rate that is several times greater than others – it has already toppled regimes on Iran’s western border and on Iran’s eastern border – and somehow it is the lesson of Syria that is more salient for Iran?   More broadly: why should an occasional bluff matter?

Well, actually it doesn’t.   Robert Jervis demonstrated four decades ago that signaling is complex business.  Jon Mercer’s excellent book on reputation shows that we’ve spent far too much blood and treasure over the folly of preserving our credibility.  Daryl Press spent years trying to demonstrate the costs of lost credibility when a state fails to follow through on its threats.  His finding?  The conventional wisdom on credibility “is wrong.”  In his book Calculating Credibility:  How Leaders Assess Military Threats, Press writes:

A country’s credibility, at least during crises, is driven not by its past behavior but rather by power and interests.  If a country makes threats that it has the power to carry out – and an interst in doing so—those threats will be believed even if the country has bluffed in the past….When assessing credibility during crises, leaders focus on the “here and now,” not on their adversary’s past behavior.

He and Jenny Lind have a nice post on Steve Walt’s blog warning against using the idea that we have to intervene in Syria to defend American credibility in the wake of Obama’s red line.  We don’t.

But, this also raises another interesting question.  END_OF_DOCUMENT_TOKEN_TO_BE_REPLACED