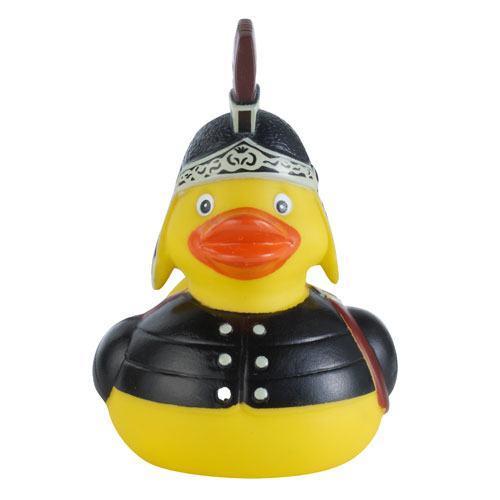 What’s worth reading this weekend? Lots of stuff. Here’s a list of a few things, from analytic to oddities. No drones, machetes, or tornados. But it would be silly if none of our resident experts weighed in on recent developments in these domains. Right?

My reaction is that he’s (1) choosing, as he notes, one particular domain of explanation–interest-group lobbying during process–and (2) treating ‘ideas’ as synonymous with ‘broad, public ideological forces.’ Neither of these, by themselves, really tell us very much about the relevant debate.

This is the start of a new collaboration between TMC and academic journals: “The goal is to have posts from authors whose research is featured in just released issues of political science journals provide a short guest post highlighting the research in conjunction with an agreement from the press to make that article available ungated for a specified period of time.”

I’ve seen some pushback, both at academic blogs and in emails, to these kinds of testimonials on the grounds that they constitute ‘hagiographies.’ Either, the argument goes, Ken doesn’t deserve that because of his terrible influence on the field, or it’s just somehow wrong to single out particular works and authors as canonical. I find this genre a bit asesine. On the one hand, there’s a long tradition in certain international-relations circles of projecting every wrong of international-relations theory onto structural realism. This tradition is grounded in confused and superficial readings that have been passed down from teacher to student. For examples, this post uses dismissive language about Waltz’s belief in his “perfect theory” that are utterly and completely alien to Waltz’s approach to theorization. Or you have stuff like this, which, amidst some reasonable insights into disciplinary intellectual politics, embraces a radically asocial understanding of knowledge production–one in which a scholar’s ideas can only be influenced by canonical works if she has read those works. END_OF_DOCUMENT_TOKEN_TO_BE_REPLACED 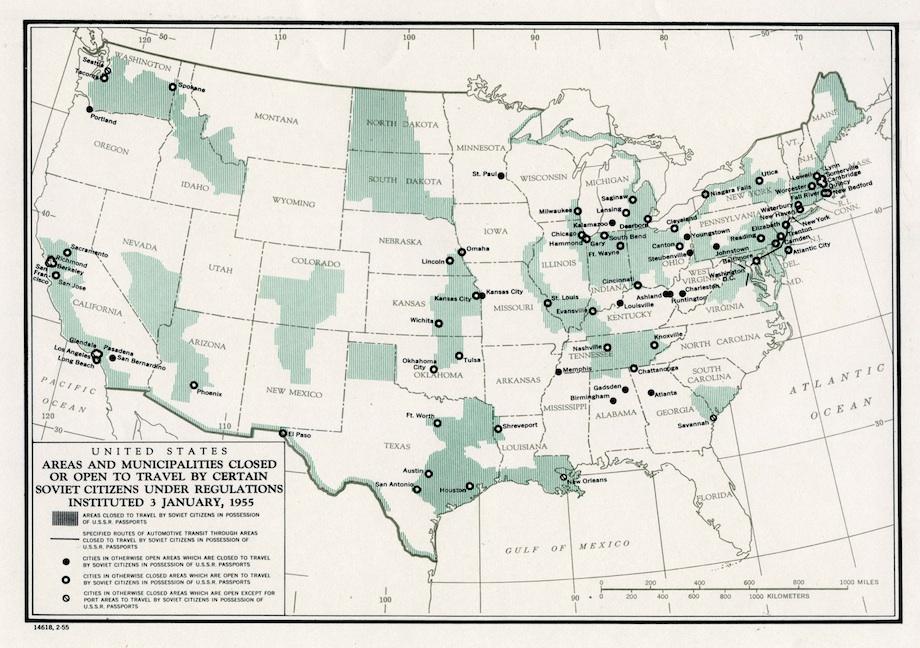 Slate’s new history vault published a gem from the Cold War last week. This map from January 1955 shows the areas in the United States that Soviet citizens could not travel.

This map shows where Soviet citizens, who were required to have a detailed itinerary approved before obtaining a visa, could and could not go during their time in the United States. Most ports, coastlines, and weapons facilities were off-limits, as were industrial centers and several cities in the Jim Crow South.

These restrictions mirrored Soviet constraints on American travel to the USSR. Both the United States and the Soviet Union had closely controlled the movement of all foreign visitors since World War II. A 1952 law in the U.S. barred the admission of all Communists, and therefore of Soviet citizens. (An exception was made for government officials.)

The Soviets’ decision to relax their controls after Joseph Stalin’s death in March 1953 left the U.S. open to charges that it, not the USSR, was operating behind an Iron Curtain. President Eisenhower and his foreign policy advisers decided to mimic Soviet policy as closely as possible: As of early 1955, citizens of either nation could enter approximately 70 percent of the other’s territory, including 70 percent of cities with populations greater than 100,000.

As a North Dakota native, my first question was why prohibit travel to all of western North Dakota and most of South Dakota? (hint: it’s probably not what you think…) END_OF_DOCUMENT_TOKEN_TO_BE_REPLACED