“Of course this is risky,” Mr. Logulov said, “but risk is everywhere in life. A brick could fall on your head in the street, for example. And this is just a small risk.” – on the practice of having Russian children take their pictures with circus animals (WTF!?)

Here is your morning linkage with a return to form, conservation concerns and pollution in Asia loom large: 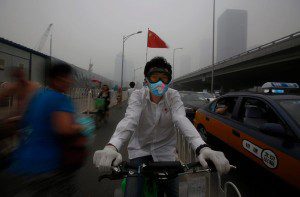