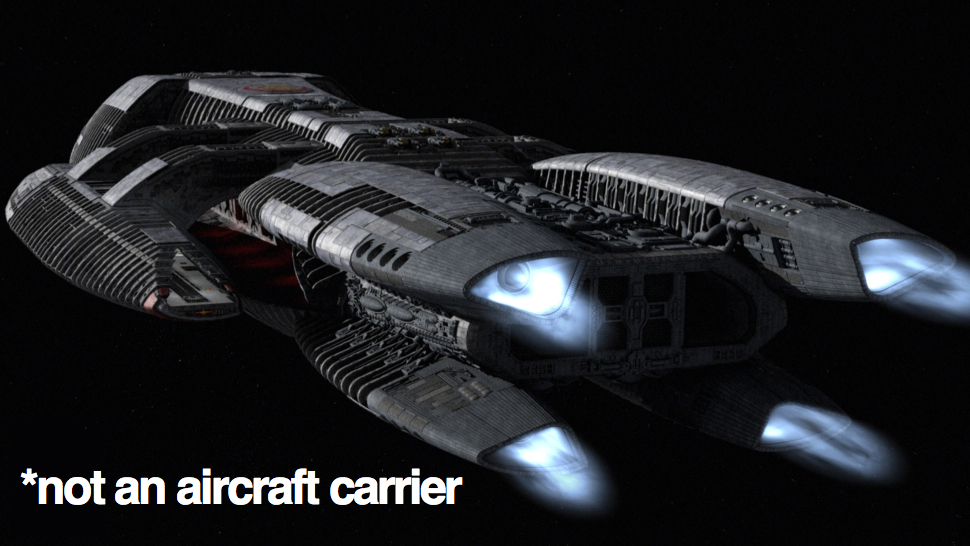 The Chinese state media could perhaps be forgiven for mistaking  fictional Battlestar Galactica blueprints for future US fleet schematics this week, given this.

This incident has me thinking about Nexon/Neumann’s argument regarding the fuzzy relationship between science fiction and “”reality.”” (Yes, you did just read scare quotes in scare quotes.) In their Harry Potter and International Relations introduction, they point out that the “reality” we distinguish from “fiction” is itself expressed and accessed through representations that themselves include elements of fiction and narrative. They distinguish these variously fictionalized “first order representations” like news coverage and political speeches, which are assumed to be talking about the “real world,” from “second order representations” which are assumed to be describing a fictional reality (but perhaps with metaphorical implications for the real world).

I have sometimes heard this kind theoretical discussion used to defend that claim that there is no meaningful analytical distinction between political fact and political fiction since political fiction is part of the set of social facts that make up our political reality. But I think the mocking that the Chinese media got this week over the Battlestar blueprints proves that the distinction is not only “real,” (in the way other social facts are real) but that it is politically significant in ways that I’ll be taking up in my killer robot working paper this fall at the ISSS/ISAC conference in Washington, DC.

So say we all.